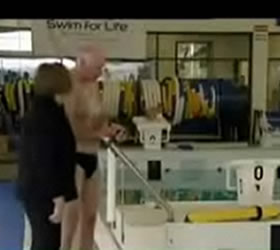 WELLINGTON: New Zealand has joined Scotland and Canada in delaying their arrival in Delhi  for the Commonwealth Games, as organisers struggle to provide suitable athlete accommodation in time for the multi-sport event.

The New Zealand Olympic Committee (NZOC) told their athletes on Thursday to delay their arrival in the Indian capital until at least next Tuesday, just five days before the showpiece event is due to open. New Zealand’s lawn bowls, hockey and badminton teams, and officials from cycling and athletics, were all scheduled to begin arriving in Delhi from Saturday.

However, after an inspection by NZOC president Mike Stanley and secretary general Barry Maister on Wednesday, they decided to push back their arrival dates. “It is tremendously disappointing,” Stanley said in a NZOC statement on Thursday. “The long list of outstanding issues has made it clear the village will now not be ready for New Zealand athletes to move in as planned.”

New Zealand Chef de Mission Dave Currie had said earlier this week the athletes’ village had required “considerable work”, prompting a flying 27-hour visit by Stanley and Maister. Both are returning to New Zealand and will address the NZOC board on Friday.

“This is not a matter of comfort or luxury — it’s a matter of hygiene and safety.” Currie said he had also ordered his NZOC operations team in Delhi not to enter the village until it was habitable. “There are still issues with plumbing, wiring and leaks and the maintenance people have no access to our tower while the security process takes place,” Currie said.

“We’re now looking to move in on (Sept.) 26th and we need two days to prepare for athletes.” New Zealand’s gymnastics, archery, weightlifting, synchronized swimming and boxing teams, who were all scheduled to arrive on Sept. 28, are now expected to be the first athletes into the village. – Timesofindia