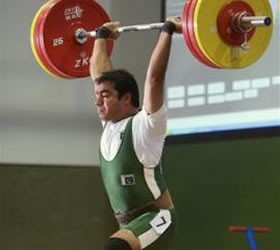 ISLAMABAD, Sep 8 (APP): Six weightlifters have been named to represent Pakistan in the Commonwealth Games to be held at New Delhi, India, next month. The selection committee of Pakistan Weightlifting Federation announced the squad after the trials held early this month at Pakistan Sports Complex here.

The Pakistan weightlifting team had won one gold medal and one bronze medal in the last Commonwealth Games held at Melbourne, Australia, in 2006.

“Hopefully, we will win medals in the upcoming event too,” a PWF official Yasir Ali told APP here on Wednesday.
He said that a training camp for the Commonwealth Games are underway at University Ground, Lahore, and the other camp is being held at Sherwala Park, Gujranwala.