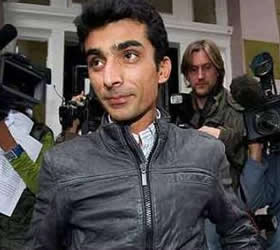 CARDIFF: Pakistan Test opener Yasir Hameed said on Sunday he had been duped into making statements reported in the British newspaper The News of the World alleging widespread match-fixing by his teammates.

The Sunday tabloid quoted Hameed as saying team mates were fixing “almost every match”. It also released a video of Hameed responding to questions.

Hameed attended a meeting at the Pakistan High Commission in London on Sunday and afterwards released a statement through the Pakistan Cricket Board in which he said he had never been approached by the newspaper.

He said he had in fact been approached on August 30 by a man who introduced himself as Abid Ali and offered a sponsorship deal with an airline.

Hameed said he had subsequently discovered that Ali was the News of the World investigations editor Mazher Mahmood.

“Then Abid Khan started asking about the current match fixing allegations and as I saw him as a friend and a potential agent I naively started to answer his questions.

“He asked me about the match-fixing allegations against the current three Pakistani players and if I had any further knowledge. As far as I can recall I only told him whatever I had already read in the newspapers about this matter.

“It seems that Abid had a hidden camera which I was totally unaware of.”

Hameed said two days later Abid had offered him 25,000 pounds ($38,670) for information about Test captain Salman Butt, Mohammad Amir and Mohammad Asif, who have been suspended following allegations of spot-fixing in last Sunday’s The News of the World.

“I immediately refused and put the phone down. I neither called nor answered any calls from Abid after this conversation.”

“I don’t know with who he was sitting with or in which situation he gave this message but we have known him for a long time and we can expect anything from him,” Afridi said at a news conference after Pakistan had lost the first Twenty20 international against England – timesofindia