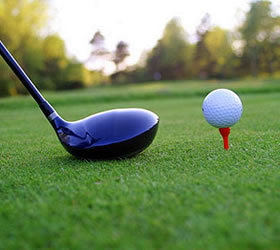 You’d be hard-pressed to call it a sprint from the 18th green, but certainly Rory McIlroy had a purpose as he concluded his final round of The Barclays.

“Well,” he said to Stuart Cage, one of the agents with his management company, ISM, who was sitting by the scorer’s hut.

Cage smiled and knew exactly what the young man from Northern Ireland wanted. “He chipped it to this close,” Cage said, his index fingers perhaps 18 inches apart, “and made it to win.”

McIlroy shook his head, not so much out of respect for what Molinari had done at the Johnnie Walker Championship – a birdie, birdie, birdie finish gave him the spirited victory – but by a scenario that has captivated so much attention this week.

“Guys on the (European Ryder Cup) team are even finding it fascinating,” said McIlroy, one of nine who had earned automatic spots on the team.

Molinari’s dramatic win, McIlroy concluded, was good enough to earn him a captain’s pick. Minutes later, the young man discovered he was correct and that captain Colin Montgomerie had also named Padraig Harrington and Luke Donald.

Within a short time, the buzz at Ridgewood Country Club was not about Tiger Woods’ blistering front-nine 32 or round of 67. Nor was it whether Martin Laird could hold off challenges from Dustin Johnson, Jason Day, Adam Scott or anyone else later in the day. No, the hot topic of conversation was with whom had Montgomerie rounded out his Ryder Cup team and at various corners of the golf course, news spread to those who were most directly affected.

Justin Rose was on the practice range when he got a phone call from Montgomerie delivering the bad news. Though he is a two-time winner on the PGA Tour this year and No. 22 in the world order, Rose was not a Ryder Cupper this time around.

“He said it was a very difficult situation, the hardest thing he’s ever had to do,” Rose said.

Casey, a member of each of the last three Ryder Cup teams and No. 9 in the world, got the news not via a phone call, but a hand signal that was directed not to him, but to Harrington.

“I saw Caroline Harrington give (caddie) Ronan (Flood) thumbs-up on the seventh hole,” said Casey, who was paired with Padraig Harrington. “Then it went fairly quiet and so I figured that was it.”

Indeed, the positive hand sign spelled disappointment to Casey, who somehow tried to focus on the business of golf.

“I was trying to keep my composure and put in a solid performance today,” Casey said.

That seemed to be a difficult task for all four of the players in the Barclays field whose Ryder Cup fate was controlled by Montgomerie. Even Donald, who was first out among those four, rode an emotional roller-coaster. Having started with six consecutive birdies before Montgomerie’s news circulated, Donald was given the good news at the 10th hole, after having gone out in 28.

“It did throw me off a little bit,” Donald said of the news. “There were some very anxious moments. Obviously, I feel bad for the guys who didn’t make it. I feel bad for Paul and Justin had a good chance, too.”

Harrington felt similarly about receiving the news in the middle of his round, even though it was in his favor.

“I’ve got to say, it was really hard to focus out there. It was very, very hard to stick to your job.”

But by all means, Harrington said he wanted his wife to deliver the news, that in no way did he expect to play the final round without an update.

“If (Caroline) didn’t talk to me for three or four holes, I would know the other way,” Harrington said. “It was always going to be the case. Somebody was going to tell me, so it might as well have been my wife. She was getting a text on it.”

So there it was on a sun-splashed day in the shadows of the Big Apple – a handful of guys chasing a million-dollar playoff payoff, but perhaps more scrutiny extended to four players who weren’t even in the hunt.

“Probably one of the craziest selections for a Ryder Cup ever,” Donald said, and no one disagreed. Player after player gave Montgomerie the benefit of the doubt, saying the Scotsman had the impossible task of putting five square pegs into three round circles.

But tearing away the words and measuring the tone in which the words were delivered, it was clear that some did not agree with the selection of Molinari, Harrington, and Donald.

“Personally, I’m very disappointed,” Rose said after closing with a 72 to fall from T-5 to T-15. “I thought I had as good a shot as anyone. With Paul Casey not picked as well, I think it’s a very interesting selection. I don’t think many people would have gone with those three.”

Ian Poulter, who paired with Rose to win two of three team matches at the 2008 Ryder Cup and is already on this year’s team, picked his words carefully and offered them forcefully.

“Everyone would make different picks, but everyone has to respect that the decision’s been made. The team’s the team,” Poulter said.

Clearly, Casey of the four players was the most subdued. Several times he paused in his answers to choke back his emotions and he seemed very careful to not step into a controversy.

“I probably need time to take it in,” Casey said after shooting 69 to tie for 12th at 277. “I’m not going to stand here and sort of plead my case for why I should be on the team. It’s done and dusted. I tried my hardest and I didn’t make it.”

Rose took the news to the first tee and never got it out of his mind. “Deflating,” he said. “It was hard to put it aside.”

With such a wild scenario eliciting emotional moments, the natural route to go was suggest a better system be put in place. Currently, the European Tour employs two lists – one for those who play primarily in Europe and one for those who spend a lot of time on the PGA Tour – but with Nos. 9 and 22 in the world order out of the mix, could it be tweaked?

Donald believes it should.

“I know, if Europe wins, it’s very beneficial for the European Tour both in image and financially,” he said. “So I think it’s in their best interests that they have the best players on the team.”

Casey seemed to think so, too, but offered a diplomatic response: “That’s up to the (European Ryder Cup) committee, of which I’m a member, and European Tour to sort out.”

Harrington and Rose – one who got in, one who got left out – took the opposite viewpoint.

“The system’s very good,” said the Irishman. “I knew the system was fair.”

“I think it works,” Rose said. “Listen, the Europeans have had a great run in the Ryder Cup the last six, eight years or whatever it’s been, so let’s not go changing the system. It gives the guys a chance to play over here and still make the team and it gives Europeans a legitimate chance, too, and that’s what it’s all about.”

Fair or not, it was a system that delivered wild drama to Ridgewood CC, even if it was cold and awkward at times – like when Casey realized he was out and his playing competitor, Harrington, was in.

“It was never going to be easy (playing with him in such a situation),” Harrington said. “My own head was swimming a bit. An odd occasion. On one hand, I’m happy for myself, but I did genuinely feel sorry for Paul.”

Just not as sorry as Paul felt for Paul, or Justin felt for Justin. We can guarantee you that.