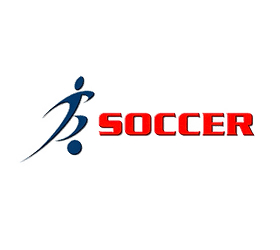 ISLAMABAD, Aug 25 (APP): The Captain of Model Town Football Club, Hussnain Tanvir, has appealed to  Federal Minister for Sports, Mir Ijaz Hussain Jakhrani, to include football in the 16th Asian Games. He said it was not a good decision made by the Pakistan Olympic Association (POA) and the Pakistan Sports Board (PSB) not to send the team for such an important event. He said that national footballers were disappointed due to this decision.

“It is not always about winning medals but the team can at least have exposure to a prestigious event like Asian Games ,” he told APP here on Wednesday.
“I will call it a faulty decision because football in this country is a neglected sport”, he said. “How can anyone predict predict that our team cannot get any medal in the event?,” he said.
“The performance of our team was praiseworthy in the 15th Asian Games four years back and its performance was hailed by the then Chef-de-Mission, Air Marshal Rashid Kalim, who watched Pakistan’s matches at Qatar.
His remarks were: ‘Quite unexpectedly, it was our performance in football which made us proud at Doha’. Pakistan football team performance was courageous against Asian powerhouses Japan, Korea and Syria,” he wrote.
“Millions of football fans and the talented youth of Pakistan, attached to this game, are deeply saddened on not sending the national team to the Asian Games.
“I urge the Sports Minister, in the interest of this national sport, to immediately direct the Ministry of Sports to include football as one of the games we intend to participate in the quadrennial Games”.
“Time is short and urgent action is required without further loss of time,” he said – APP
Twitter Facebook Google + Linkedin Comments