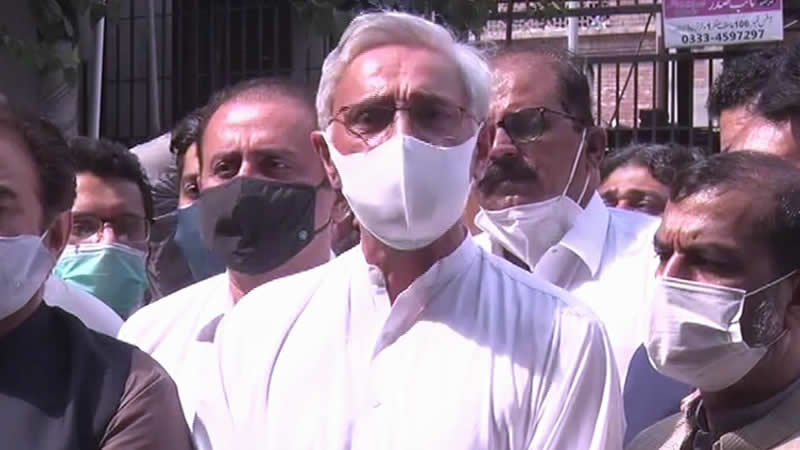 Controversy over Senator Barrister Ali Zafar’s analysis of the Federal Investigation Agency (FIA) cases against sugar baron Jahangir Khan Tareen deepened further on Wednesday when the PTI rebel group claimed that Mr Zafar had completed his probe and given a ‘clean chit’ to it’s leader (Tareen).

“Barrister Zafar had briefed adviser to prime minister on accountability Shahzad Akbar and Jahangir Tareen in a meeting on Tuesday in Islamabad on his findings about the sugar scam probe. Mr Zafar told them that Mr Tareen had not been found guilty of the charges framed by the FIA Lahore,” Mr Riaz said and added that a ‘clean chit’ had been given to Mr Tareen by Mr Zafar and the Tareen group thanked Prime Minister Khan in this respect.

Mr Riaz also said that Barrister Zafar had recommended that Mr Tareen’s case should be forwarded to the Securities and Exchange Commission of Pakistan (SECP) as FIA had nothing to do with it.

“After Barrister Zafar’s findings the enemies of Mr Tareen stand exposed,” said Riaz. Both Mr Akbar and Mr Zafar denied having a joint meeting with Mr Tareen in Islamabad on Tuesday.

Mr Zafar said he had meetings with Mr Tareen but did not see him in the presence of Mr Akbar on Tuesday. Raja Riaz said he under oath could confirm this meeting as both gentlemen must be denying it under ‘some compulsion’. “Some persons/media are busy guessing on what my findings in JKT (Jahangir Khan Tareen) turn out to be. Let me make it clear that there is no report submitted by me. Any findings, not necessarily in writing, shall be purely internal to the PTI and have no legal value or status nor can the same have any relevance to or affect pending inquiries/investigations against the sugar barons or Mr Tareen,” Mr Zafar said in a series of tweets on Wednesday.

“As per the policy of the Government of PM IK there is no room for concessions against corruption. However I have been tasked to see into complaints of JKT and will be making my recommendations directly and only to the PM once I conclude,” Zafar said.

A PTI insider told Dawn that Mr Zafar had categorically told Mr Akbar that entire corporate structure might crumble if action on FIA probe in such cases was taken.

“The whole case against Tareen seems to be political, devoid of legality. It was not the domain of the FIA and the Tareen’s case should be referred to the SECP,” he quoted Me Zafar as having said.

He said FIA chief Wajid Zia in his report in sugar affairs had also recommended referring this matter to the SECP.

The insider further said since Zafar’s findings had landed the PTI government in an awkward position because of its ‘accountability narrative’ the cronies of PM Khan were trying to block his (Zafar) report. “Those around PM Khan do not want this report to be made public as it will compromise its NRO narrative,” he said.

Mr Tareen claims to have backing of around 40 lawmakers — over a two-dozen MPAs and over 10 MNAs. PM Khan, Punjab Chief Minister Usman Buzdar had held separate meetings with this group and assured them of justice in Tareen’s case. The FIA in March last had registered two FIRs against Jahangir Tareen and his son Ali Tareen under Rs5 billion money laundering and fraud charges in the sugar ‘scam’. Both are on interim bail till May 31.

The prime minister last month had formed one-man committee comprising Barrister Zafar to ascertain whether the concerns that some persons holding key positions in the government and the PTI were politically victimising Mr Tareen, were genuine.

The Tareen group had named Shahzad Akbar behind victimisation of Tareen.