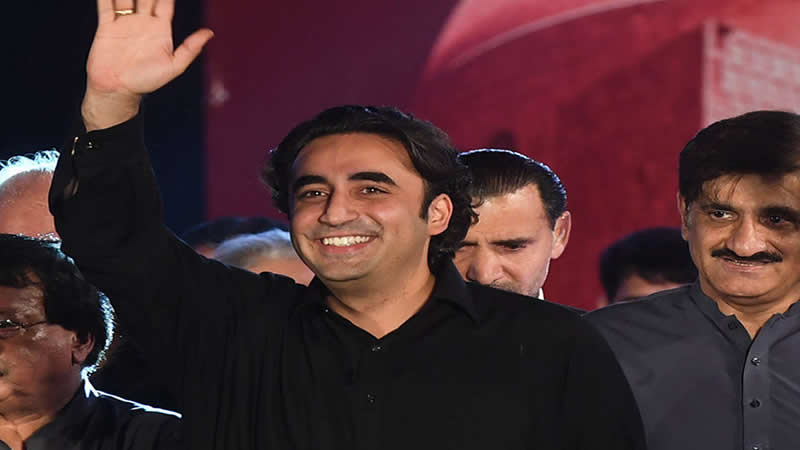 The Pakistan People’s Party (PPP) Chairman Bilawal Bhutto Zardari has said that press freedoms in Pakistan has been chained through threats, intimidation, and pressure tactics by the PTI regime, calling for lifting the declared and undeclared curbs imposed on the media.

“Imran Khan-led PTI regime has gagged the media to hide its illegitimacy, incompetence and sheer failures in every sector and several independent journalists and anchor-persons have been forcibly taken off TV screens, leading them to take to social media to express their independent analysis and opinions,” he said on the World Press Freedom Day being observed today (Monday).

Bilawal pointed out that the PPP has been at the forefront of championing press freedom in Pakistan and former prime minister Shaheed Mohtarma Benazir Bhutto had abolished the draconian press laws imposed by Zia’s dictatorial regime.

He said that the suppression of free media in Pakistan is a great disservice to the nation and will only serve to add fuel to flames of the legitimate anger and frustration of the people. He said freedom of the press was a pivotal part of a vibrant society and democracy, giving voice to the people to be heard.

“Therefore, all censorship, including the imposed self-censorship through latent threats should be undone and the media should be allowed to play its role as an independent watchdog,” he demanded.

He expressed concern that during the PTI regime, Pakistan had dropped to 145 out of 180 countries in the Press Freedom Index, an annual ranking of countries published by Reporters Without Borders. Bilawal pledged that the PPP would continue to fight against curbs on a free media.

Meanwhile, the PPP called for legislation to end impunity of crimes against journalists and an end to visible and invisible manipulations to control media content on various pretexts.

“In addition to the usual threats of murder, physical assault and abduction of media personnel, we are also witnessing control of media content in the name of national security,” said the PPP Secretary General Farhatullah Babar on eve of the International Press Freedom Day being observed today (Monday).

Farhatullah Babar said it is time to set up a bipartisan parliamentary committee on ‘freedom of expression’. He said the media content is being controlled through manipulation, sackings of journalists, self-censorship and ‘gross misuse’ of Pakistan Electronic Crimes Act 2016.