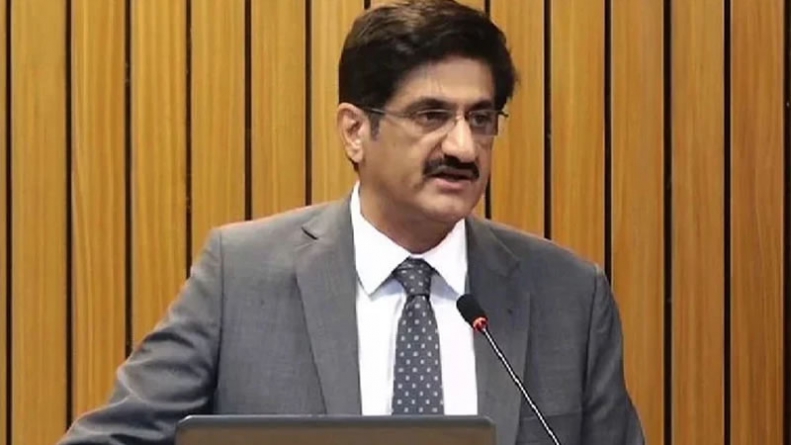 Sindh Chief Minister Murad Ali Shah said on Monday he had tested positive for the coronavirus.

In a statement released by the CM House, he said he had a mild fever on Friday and got himself tested after Friday prayers.

“On the advice of my doctors, I have gone into isolation,” he said, adding that he was currently only experiencing a slight fever.

Information Minister Shibli Faraz wished the Sindh chief minister a speedy recovery. He also appealed to the public to strictly follow precautionary measures to protect themselves and others from contracting the virus.

Earlier in April, Shah’s brother-in-law had died after testing positive for the coronavirus at a Karachi hospital. Syed Mehdi Shah, the managing director of Sindh Industrial Trading Estate (SITE), had been hospitalised after he became ill after returning from Iraq.

Several politicians, including Sindh Governor Imran Ismail, National Assembly Speaker Asad Qaiser and PML-N President Shahbaz Sharif, have tested positive for the virus since the first case emerged in the country in February.

Covid-19 cases, deaths and hospitalisations have been on the rise in recent weeks as Pakistan battles a second wave of the virus. On Monday, more than 2,000 cases were reported for four consecutive days.

On Monday (today), Prime Minister Imran Khan will preside over a meeting of the National Coordination Committee to devise a strategy to deal with the rising number of coronavirus cases in the country.

The NCC meeting is likely to take a decision about early and extended winter vacations in educational institutions as suggested by the Nov 11 meeting of the National Command and Operation Centre (NCOC) to reduce the impact of the disease.

The NCOC had also suggested banning all public gatherings of more than 500 people, reducing the number of participants in marriage functions by 50 per cent, allowing only takeaways and outdoor dining at restaurants till 10pm and closing all cinemas, theatres and shrines with immediate effect.