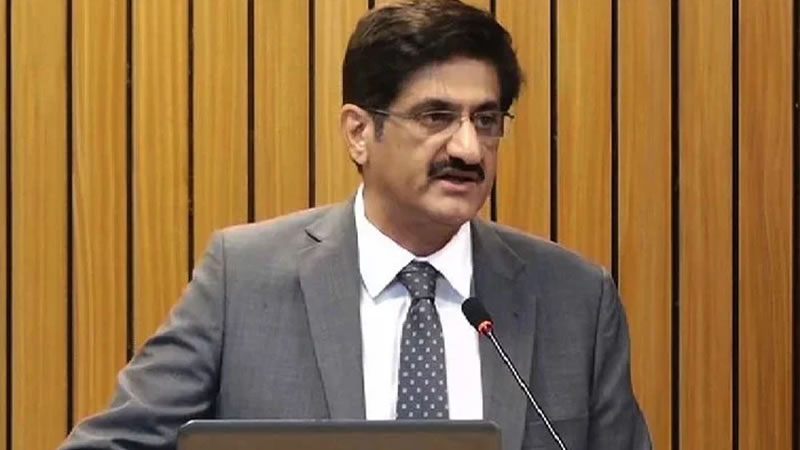 Sindh Chief Minister Murad Ali Shah on Wednesday made a startling revelation that he had received a threat from a federal minister that his government would be “dismissed” if a case was not filed against PML-N leader Capt (retd) Safdar and he had refused to cave in to the demand.

The chief minister’s disclosure during a fiery speech in the Sindh Assembly came a day after the top brass of the provincial police force decided to go on a ‘protest’ leave en masse for being forced to order the arrest of Safdar and then deferred their decision after the army chief ordered an inquiry into the matter.

“A federal minister gave me an ultimatum that if the FIR [against Safdar] was not registered, the Sindh government will face its consequences,”Murad maintained.

“What kind of consequences are they are talking about” Are we a colony of the federal government,” he added.

“In response to their threats, I clearly said nothing is important then the respect we have for our guests. It’s even more important than the government.”

The PPP leadership has maintained that the Sindh IGP Mushtaq Mahar was detained in the wee hours of Monday and coerced into ordering the arrest of Safdar from a hotel in Karachi.

The chief minister said he had ordered an inquiry into the matter that would make it clear as to who was responsible for the entire fiasco.

“We are with our police force that has been humiliated and will disclose the findings of the [inquiry] committee,” he added.

Murad further maintained that when the police had refused to file an FIR against Safdar for “violating the sanctity of the Quaid’s mausoleum, leaders of the PTI, the ruling party in the Centre, brought forward their activist as a complainant, who himself was an absconder, and mounted pressure for the registration of the case.

“Finally they lodged a fake case against Captain Safdar and the world saw what happened,” he lamented.

A day after the Karachi incident, there were reports that the federal government was considering imposing governor’s rule in the province, but the chief minister and PPP Chairman Bilawal Bhutto Zardari had categorically ruled out its possibility. “For governor’s ruler, it’s mandatory that the provincial assembly concerned adopts a resolution in its favour. It will be unconstitutional if anyone goes for it,” Bilawal said at a news conference on Tuesday.

Speaking about the promulgation of the Pakistan Islands Development Authority Ordinance by the Centre, the chief minister said that it was an attack on the integrity of Sindh. “We will not give them even single inch come what may. The land belongs to Sindh and federal government’s decision to take over the islands is unconstitutional,” he added.

During the session, the assembly also adopted a resolution to pay tribute to the Sindh police and express concerns over the “harassment and humiliation” of the IGP. “We demand the Sindh and federal governments to bring the investigation to its logical end with punishment [for] those involved in it,” the resolution read.

The Sindh chief minister also held a meeting with Sindh police chief Mushtaq Mahar, additional IGs and DIGs and assured the officials that his government stood by them.

Murad regretted that some recent happenings had created unrest and resentment in the police ranks.

“But you don’t need to worry. As the head of the provincial government, I am with you and would never let you become demoralised at any stage,” he added.

“I adopted the policy of non-interference in police matters and would never allow it to be violated.”

Murad urged the officials to continue performing their duties with same spirit as before and leave the rest to him.

HE also asked them to inculcate and rejuvenate the same spirit and morale in the lower ranks of the police so that they could continue their services with same dedication.

The chief minister lauded the Sindh police’s efforts in restoring peace in the province, especially Karachi.

The chief minister acknowledged the sacrifices made by the police, in addition to their services and professionalism, to maintain law and order in Sindh.

He praised the provincial police thwarting attacks on the Karachi Stock Exchange and the Chinese Consulate and nabbing several terrorists.

“The Sindh police should continue working in an independent and impartial manner, and the government is taking steps to further strengthen them.”

Police officials thanked CM Murad for exhibiting the government’s support at every stage, and vowed to continue to protect the lives and property of the people.

CM Murad also took serious notice of the blast at Karachi’s Maskan Chowrangi and directed the IGP and Karachi commissioner to submit a detailed report to him.

He also instructed them to set up their efforts to rescue the people trapped under the rubble of the building that collapsed because of the explosion.

He directed them to make the necessary arrangements for the treatment of the injured and support the bereaved families who had lost their loved ones.