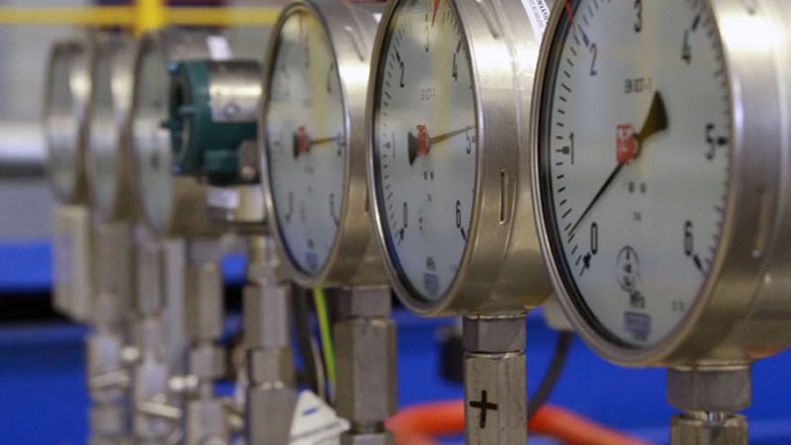 The federal government on Thursday hinted that Sindh might face higher gas shortage than Punjab in the coming winter and blamed the Sindh government for the possible closure of the industry and sufferings of the people, particularly in Karachi.

Mr Babar said the gas shortage in the Sui Southern Gas Company Limited (SSGCL) network, which serves Sindh and Balochistan, was anticipated to touch 400 million cubic feet per day (mmcfd) which could be contained at 250mmcfd if Sindh issued a right of way (ROW) for an additional gas pipeline.

“There will be no option other than rationing of gas for different sectors in Karachi,” he said, adding that representative delegations of businessmen, including the textile sector, had been sensitised to use their influence in securing ROW for the pipeline. He said the textile sector was getting good orders and the federal government would make every effort to provide them gas. However, he said the domestic sector would be given priority in providing gas during three times cooking hours.

Mr Babar said SSGCL required a 17km pipeline to add about 150mmcfd from LNG terminals to Pakland. He said the company had taken control of a 12km pipeline route on private land while the remaining 5km land belonged to the Sindh government which had been holding back ROW for almost one-and-a-half years.

The SAPM said the prime minister, Omar Ayub and he himself had taken up the matter with the Sindh government repeatedly between April and Sept 9 this year at different levels. He said the Sindh energy minister had on Sept 9 promised to get approval from the provincial cabinet and issue a no-objection certificate within 10 days to two weeks but it was still awaited.

Mr Babar said the gap between gas supply and demand was expected to be around 350mmcfd in the Sui Northern Gas Pipelines Limited (SNGPL) network which serves Punjab and Khyber Pakhtunkhwa. He said the two LNG terminals were providing about 1,200mmcfd which could be increased to 1,350mmcfd to meet additional demand.

Omar Ayub blamed the Sindh government for lack of cooperation in extending the right of way to build pipeline from Port Qasim despite raising the issue for the last one-and-a-half years. He said the matter of gas supply had now gone beyond Article 158 of the Constitution that gave right to the gas-producing provinces to use their gas first.

The minister said that a gas conference was held at the Prime Minister Office following the recommendation of the Council of Common Interests (CCI) for building a consensus on the weighted average gas price for supply from a common pool of local and imported gas.

Responding to a question about gas crisis in Sindh, he held the provincial government responsible for it. He said that at present SSGCL faced about 250mmcfd of gas shortage which was being reduced by diverting 110mmcfd of LNG. Otherwise, he added, the situation would have been worse.

Answering another question about electrocutions during rains in Karachi, he said most of the shareholders were from the private sector. However, he accused the Sindh government of backing K-Electric and said the member Nepra from Sindh had played a key role in reducing the fine imposed on KE. He said the National Electric Power Regulatory Authority wanted to impose a higher fine, but the member Sindh persuaded the regulator to slap a lower fine.

The minister said SNGPL would also be facing a gas shortage of 300-350mmcfd in the peak winter season and, therefore, there would be no possibility of diverting LNG to the SSGCL system. “If the Sindh government cooperates in giving right of way to build pipeline, the federal government is ready to complete the pipeline by the end of December this year.”

However, he said Sindh was not ready to consume LNG, adding that the weighted average gas price was the only option. He held the PML-N government responsible for ignoring domestic gas exploration activities.

Mr Babar said that the previous government had awarded a single block in five years and its impact would continue reflecting during the next three years.

He said the PTI government had conducted auction of 10 blocks last year and now planned to announce auction of 20 blocks in the first week of October. Also, about seven offshore blocks would be auctioned in December. He said annual depletion of raw gas was nine per cent and it came to 6pc after induction of newly discovered gas into the system.

Responding a question about the PM Inspection Commission’s report, the SAPM said the report was not based on actual data. After compiling a report, he added, the petroleum division had invited the commission’s team to build a consensus on data that was rectified. He said live data transmission of wells had been active and the Oil and Gas Regulatory Authority had access to it.

Responding to a question about Gas Infrastructure Development Cess (GIDC), Mr Babar said that four parties, including the All Pakistan Textile Mills Association (APTMA), CNG, fertiliser and other industry, had filed a review petition in the Supreme Court. He said the APTMA had obtained a stay order from the Lahore High Court on calculation of GIDC.

He said SNGPL and SSGC had included the amount of GIDC in September bills for recovery in 24 installments.