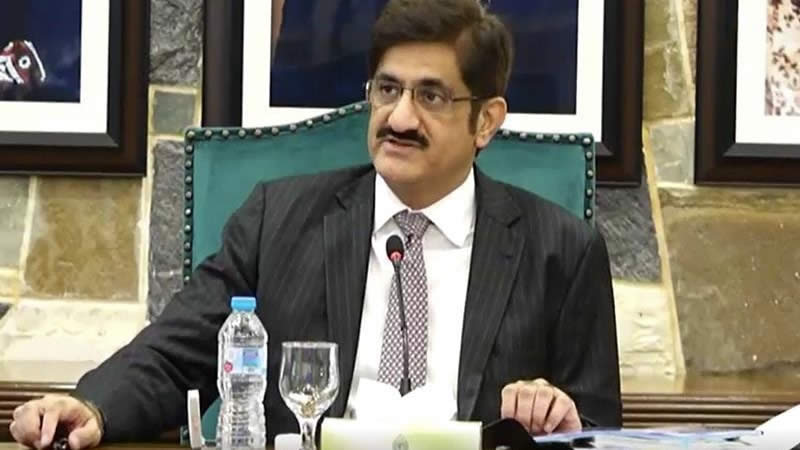 In a sudden move to divide the province’s districts on an administrative basis, the Sindh cabinet started off with Karachi on Thursday, deciding to carve out Keamari district as a new administrative unit from West district – the largest district in Sindh in terms of population. This will be the city’s seventh district.

A cabinet meeting, chaired by Sindh Chief Minister Syed Murad Ali Shah, directed the provincial Board of Revenue (BoR) to submit a detailed proposal for the creation of more districts in the province out of those with greater populations or larger area.

Refuting opposition allegations about ‘ethnic division,’ the cabinet claimed the decision was made “in the larger public interest.”

During the meeting, the cabinet was told that West district presently had seven sub-divisions – Manghopir, SITE, Baldia, Orangi, Mominabad, Harbour and Mauripur – along with seven circles, nine tapas and three dehs, housing a population of 3.91 million people.

The newly created Keamari district will comprise four sub-divisions, namely SITE, Baldia, Harbour and Mauripur, with a population of 1.83 people. It will have three circles, five tapas and 11 dehs.

Touching on the idea of renaming Karachi’s districts too, the CM noted, “They have peculiar names, such as South, East, West, Central and so on. They must have proper names, such as calling Central district Nazimabad district or South district as Karachi district.” He directed the BoR to suggest names for the city’s districts as well, suggesting they be named after well-known localities.

The cabinet also discussed the population of other administrative units at length, debating the creation of more districts in the province, while some of them suggested bifurcating Khairpur Mirs in the next phase.

On the recommendation of some of its members, it further directed the BoR to prepare a comprehensive proposal for the potential creation of more districts in Sindh.

“Districts with higher population and vast area should be split into two for the people’s convenience,” said the CM.

Pointing out that Khairpur Mirs was the next largest district after West district, he too endorsed the idea of bifurcating it. “But I have heard it has constitutional protection and therefore cannot be divided,” he noted, directing the provincial law department to explore ways and means to do so.

Another controversial decision made by the cabinet involved the appointment of local government administrators.

The cabinet authorised Sindh Local Government Minister Nasir Hussain Shah to appoint administrators in the local councils upon being informed that the tenure of all local bodies in the province would end on August 29.

The matter of bringing about changes in the Sindh Local Government Act, 2013, also came under the discussion, with the cabinet deciding to amend the law. In this respect, a committee comprising the local government minister and the CM’s advisers on works and law was formed and directed to submit their recommendations within a month.

Briefing the media later, Nasir said the Sindh government would consult all parties and stakeholders before finalising the amendment draft.

“It was the Pakistan Peoples Party government that allowed Karachi Mayor Wasim Akhtar to work from jail and did not deprive the city’s people of their mandate,” he pointed out, adding that they would soon conduct local government elections.

The cabinet meeting also took up the question of by-polls in Malir and Umerkot, where seats have fallen vacant after the deaths of Ghulam Murtaza Baloch and Ali Mardan Shah. The decision was made to request the Election Commission of Pakistan to hold free and fair elections in both constituencies under Covid-19 standard operating procedures.

The cabinet further discussed wheat imports in Sindh, with the chief minister stating that the province required 5.6 million metric tonnes (MMT) of wheat while 3.8MMT was produced this crop year.

The cabinet requested the Trading Corporation of Pakistan to import 1.5MMT wheat for the province, and directed the provincial food and finance secretaries to coordinate on the matter. A sub-committee comprising provincial ministers Hari Ram Kishori Lal, Ismail Rahoo and Nasir Hussain Shah was also formed to provide recommendations for wheat release policies.

Also on the agenda was the matter of permanent residence certificates (PRC) and domiciles being issued illegally to non-residents, pertaining to which the CM had earlier set up an inquiry committee.

On the CM’s directives, the home department proposed a five-member Sindh PRC appellate committee to hear appeals against PRC domiciles. The cabinet approved the committee.

On the recommendation of the federal government, the cabinet approved the amendment and introduction of new laws to control money laundering and terror financing, as required under the Financial Action Task Force.