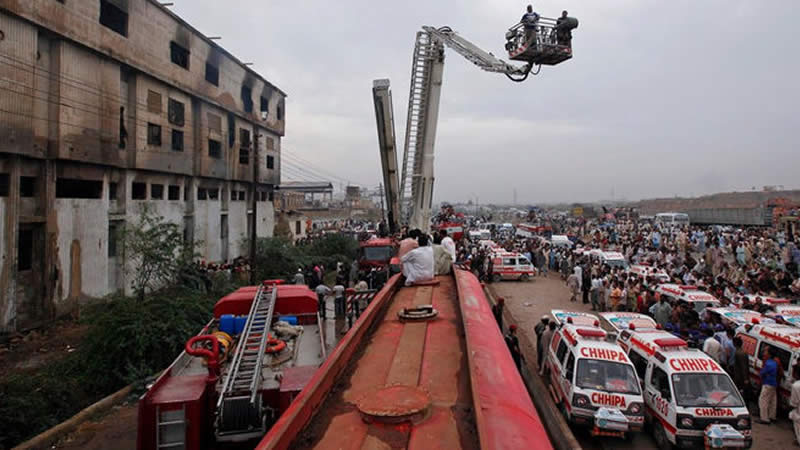 The Joint Investigation Team (JIT) report of the Baldia factory tragedy says that the factory fire was not an accident; rather it was an act of terrorism.

The 27-page report, to be released today by the Sindh government, states that the fire was started in the factory for non-payment of Rs 200 million as extortion.

According to the report, MQM’s Hamad Siddiqui and Rehman Bhola demanded extortion from the factory owner but the initial investigation had not mentioned the extortion anywhere in the FIR or in the investigation.

The JIT has recommended withdrawing the previous FIRs and filing of new FIRs under terrorism provisions in its report and also recommended including the names of Rehman Bhola, Hamad Siddiqui, Zubair Charia in the new FIR.

The JIT has also recommended including the names of Qadari, Dr Abdul Sattar, Ali Hassan Qadri, Iqbal Adib Khanum and four unidentified persons in the FIR.It has also recommended to cancel the passports of the accused and put their names on the ECL.Police role has also been criticized in the JIT report as police had failed to investigate the case in the right direction.