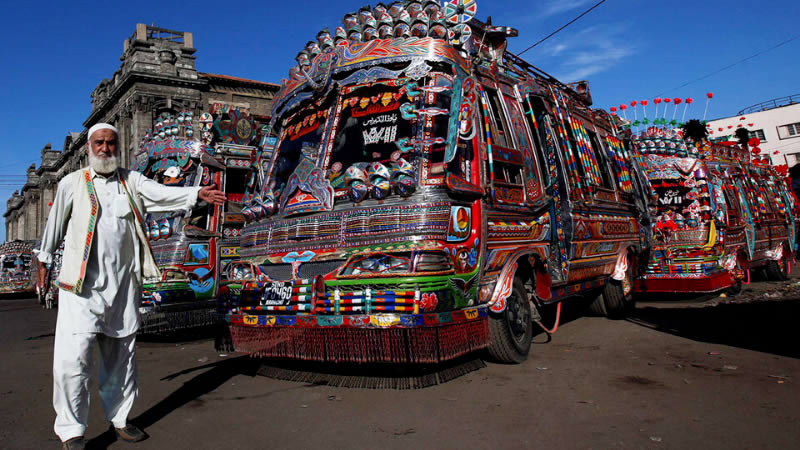 The Sindh High Court directed transporters on Monday to consider the report issued by the Sindh government when it came to resuming public transport services in the province, after the Sindh transport and mass transit department revealed that the provincial government had finalised a framework for the purpose.

A two-member bench, comprising Justice Omar Sial and Justice Zulfiqar Ali Sangi, was hearing a plea seeking restrictions on inter-city and intra-city public transport. The petitioner contended that reasonable restrictions should be imposed on public transport under Article 9 of the Constitution, in the public interest.

He added that suitable standard operating procedures (SOPs) should be defined in consultation with medical experts, the highway and motorway police, the Sindh police chief and the transport department, adding that passenger buses should run from terminal to terminal.

He further stated that bus drivers should be directed to ensure that passengers sit a seat apart from each other and air-conditioned buses should be restricted from turning the air conditioner on. Further, he added, all other SOPS such as the use of disinfectants, sanitisers and face masks should also be implemented. Meanwhile, the Sindh transport and mass transit department submitted its reply, stating that public buses would be allowed to function from one terminal to another, as suggested by the provincial government’s report. It added that buses would be given permission to run from the Sohrab Goth bus terminal, KMC bus terminal in Korangi and the National Highway bus terminal in Karachi, along with selected terminals in other parts of Sindh.

The reply also explained that the Sindh government had finalised the SOPs and framework for the resumption of public transport, adding that though public transport was important, lives had to be saved and so these services had been restricted in the public interest. The court adjourned the hearing till June 15, while directing the transporters to consider the report issued by the government.

Separately, the SHC issued notices to the relevant parties, including the prosecutor general, over the bail plea of the accused in a murder case.

A two-member bench was hearing the plea filed by accused Raheem Shah in the Irshad Ranjhani murder case.

The petitioner’s counsel contended that the case was to be concluded within three months, as per the Supreme Court’s directives, but the trial had not been completed even after several months.

Claiming that none of the witnesses had been presented in court, he moved the court to grant bail to the accused.

The court issued notices to the prosecutor general and other parties in the case and adjourned the hearing till June 15.