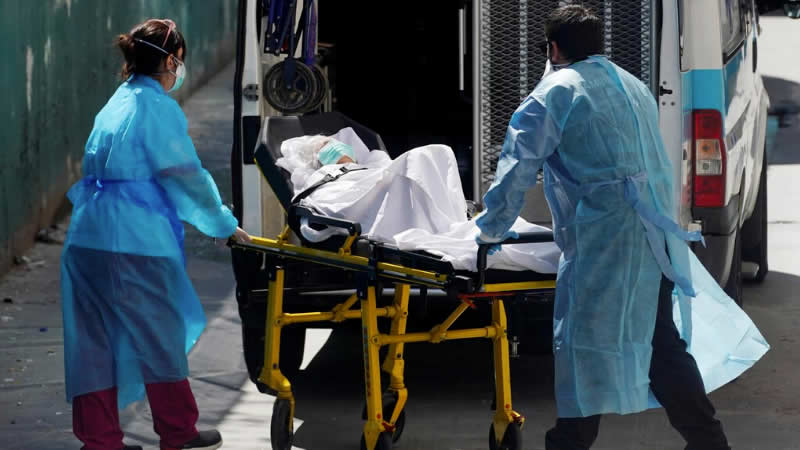 Sindh Chief Minister Syed Murad Ali Shah announced to table before his cabinet a proposal to provide compensation packages to families of doctors who have passed away from the Covid-19 pandemic.

Addressing a press conference in Karachi, the chief minister announced that the government gives packages to policemen who lay down their lives in the line of duty. “A similar package will be approved for doctors [fighting the pandemic] as well,” he added. Giving a breakdown of coronavirus-related fatalities among police and healthcare professionals, Murad revealed: “Seven doctors in Sindh have succumbed to the novel coronavirus so far.” While paying tribute to the late doctors, he said that until now, 364 healthcare professionals have been infected by the disease.

The chief minister further said that 274 policemen were infected, out of which 50 have recovered. Five officials have passed away, he said. Murad also addressed the criticism on the province with regard to the measures it adopted to contain the spread of the disease, saying that even though people find faults with the measures taken in Sindh, they acknowledge, at the same time, that the provincial government moved quickly to contain the epidemic.

Addressing allegations of inaccurate test results, Murad said that the chances of a “false negative are more than a false positive”. “It is possible that a person who tests positive one day, might get negative results 24 hours later,” he observed.

“Do I want to [falsely] declare someone a corona patient? Does Dow want to do that?” he remarked. The chief minister also urged people to stay at home over Eidul Fitr. He said that reducing outside exposure will protect citizens’ health and keep the healthcare system from collapsing. Murad also asked people not to visit their villages on Eidul Fitr, warning that an outbreak of the virus in remote areas will be difficult to manage due to poor resources.

He noticed that the spread of Covid-19 in cities has already overburdened the health system of the country. “If the virus spreads in villages, where health resources are scarce and access to facilities is difficult, it would be tough for the government to cope with the crisis,” he said. “On Eid, it is our custom to give gifts. What gift can you give to these medics? You can stay at home,” he said.

Urging people to celebrate Eid with simplicity, saying that it should be dedicated to those who have been affected by the health crisis. “It’s alright if you don’t wear new clothes. I was surprised to hear comments like ‘you may not want to wear new clothes, others might’ […] How would it look if I get new clothes while a daily wager who was affected cannot afford it,” he said.

He further said that a national announcement should be made to celebrate Eidul Fitr with simplicity.