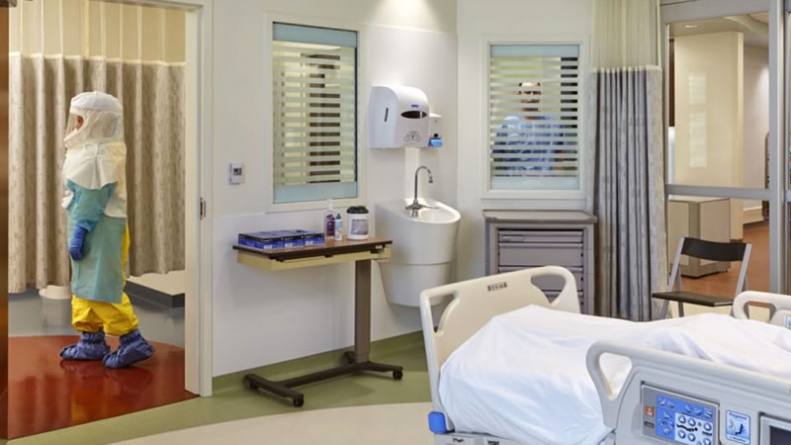 The Sindh government has decided to establish six new infectious diseases hospitals, one in each division, in the province. The decision was taken during a meeting chaired by Sindh chief secretary Syed Mumtaz Ali Shah on Thursday.

The chief secretary informed the meeting that establishing a 400-bed hospital in Karachi, and 200-bed hospitals in Hyderabad, Sukkur, Larkana, Mirpurkhas and Shaheed Benazirabad each would cost around Rs10 billion.

Saying this, he directed all divisional commissioners to identify sites for establishing the hospitals at their respective divisional headquarters.

Sindh Health Minister Dr Azra Fazal Pechuho told the meeting that the hospital in Karachi would soon be made functional, adding that an institute would also be set up for training paramedics in the city.

Besides, the meeting sanctioned Rs180 million for upgrading the intensive care unit at the Liaquat University of Health and Medical Sciences, Jamshoro, and discussed various other health projects. It was informed that 88 health projects were expected to be completed by December this year.

Meanwhile, nine more deaths were reported in the province, taking the death toll due to the pandemic to 243.

Shah stated that out of 4,487 tests conducted, 17 per cent had turned out to be positive, which was around four per cent more than the previous average. To date, 14,099 cases have been reported out of 107,827 tested samples in Sindh so far, which constitutes 13.1 per cent of the total tests.

He further apprised that currently, 10,783 patients were under treatment, of which 9,307 were isolated at their home, while 915 were at quarantine centres and 561 were in hospitals.

He added that 105 patients were said to be in critical condition, out of which 37 have been put on ventilators.

On the other hand, the chief minister informed that 238 patients had recovered from the contagious disease on the day.

Shah stated that 26 new cases were detected in Larkana and five deaths were reported due to coronavirus, adding that there had been eight more deaths in a locality that were suspected to have been caused by the virus. He explained that the authorities had collected samples from 105 people who had come in contact with the deceased and were waiting for the results.

According to the CM, people were reluctant to get tested for the virus due to misinformation.

“This is because of baseless propaganda on social media, where some people were seen saying that coronavirus is nothing but controversy and others saying that these tests were fake,” he stated, requesting people to understand the severity of the situation and pointing out that people were dying of this infection.

Turning to controversy over the cases reported in Pir Jo Goth last weekend, he said that 291 infected persons had been diagnosed in the town in Khairpur and they had been retested for the virus. The result of 52 samples had revealed that 18 people were yet to recover, while 34 had tested negative for the virus. He added that those tested negative would be screened again after five days to be sure that they have recovered from the contagious disease.

According to Shah, similar propaganda was being created around the cases in Pir Jo Goth on the pretext of fake tests.

“I was fighting for the life and health of the people but others were busy engaged in politics,” he stated, urging people not to believe such ‘baseless information.’

This author has not added a biography. Meanwhile Top has contributed 2222 posts. Click here to view them.