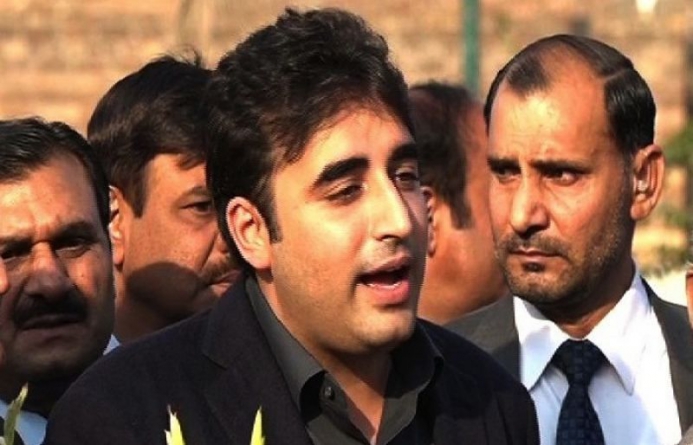 The National Accountability Bureau (NAB) on Wednesday handed over a questionnaire to Chairman Pakistan People’s Party (PPP) Bilawal Bhutto Zardari in fake bank accounts case. Bilawal appeared before the NAB’s investigation team, where after quizzing of 30 minutes, he was handed over a questionnaire comprising of 32 questions. Sources said, the PPP chairman failed to give satisfactory answers to the NAB team during interrogation.

The PPP leader has been asked to submit his reply within two weeks. Police and Pakistan People’s Party workers clashed as Bilawal Bhutto appeared before the NAB. A large number of party workers and leaders accompanied by Bilawal chanted slogan in favor of their leader and tried to reach the NAB office by breaking section 144. Police used water cannon to stop PPP workers from moving forward. At D-chowk, while at lest 40 workers of the PPP were taken into custody and moved to the police station.

Yesterday, Bilawal Bhutto after chairing a party’s consultative meeting had decided to appear before the anti-graft watchdog body. On the other hand, the Islamabad administration had slapped ban over entering of PPP workers in the Islamabad amid NAB appearance of party chairman Bilawal Bhutto Zardari. Earlier in March, Zardari and his son had appeared before the NAB Rawalpindi amid tight security. They were questioned for two hours in three cases by a combined investigation team (CIT), according to a NAB press release.