Will Wait For You In Court, Imran Khan Tells Shehbaz Sharif 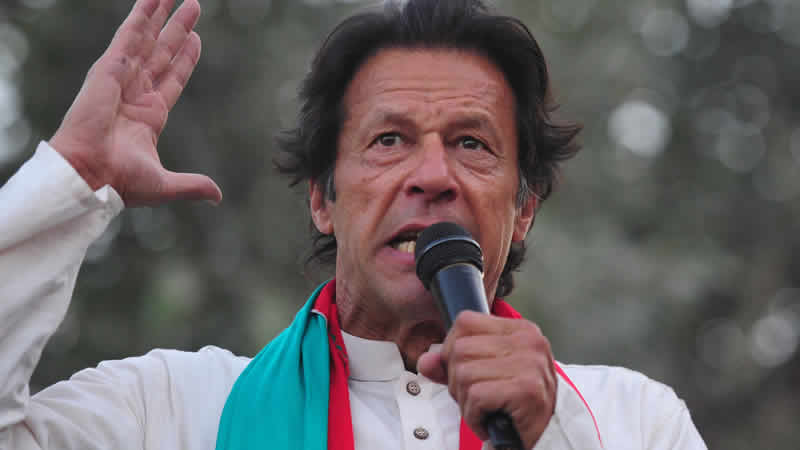 Shehbaz Sharif had earlier sent legal notice to Imran Khan over defamation charges after the latter accused the former of offering him Rs. 10 billion bribe through a friend.

While addressing to the rally in Kandhkot, Imran Khan slammed Shehbaz Sharif while reaffirming he failed to fulfill promises yet again. He praised the people of Sindh for their support and passion, adding that the locals of Kandhkot are well-informed which is opposite to what he was told.

PTI Chief mentioned that he learned about the case of a peon in Interior Ministry who committed suicide only to employ his son at his position, which was disappointing and occurred due to the rising unemployment in the country. “Unemployment causes crimes and drug abuse,” he pointed out.

He gave the examples of Malaysia, Singapore and Dubai and told how these countries progressed whereas Sindh is exactly how it was 20 years ago.

PTI Chief advocated the vision of Quaid-e-Azam Muhammad Ali Jinnah to spend 20 percent of the whole budget on education, adding that it was the only way to defy corruption. While reaffirming Panama case, he said Nawaz Sharif is completely trapped in his money laundering. He claimed the existence of high-level corruption in the country.