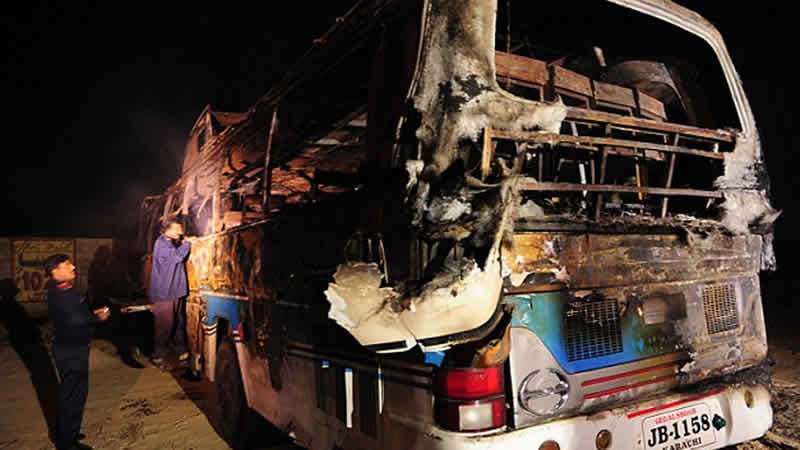 Driver of a school van was killed and five school children were injured were injured when a speeding bus overturned on the vehicle here on Monday, Media News reported.

According to details, the speeding bus tried to overtake the school van at Malir No. 15 area of Karachi when it went out of control and overturned on the vehicle. The driver of the vehicle was killed on the spot while five school going children were injured.

The wounded were shifted to a hospital for treatment of their injuries. The condition of one child is said to be critical. It should be noted that road accidents are caused by reckless driving and badly maintained vehicles which leave thousands dead and injured every year in Pakistan.