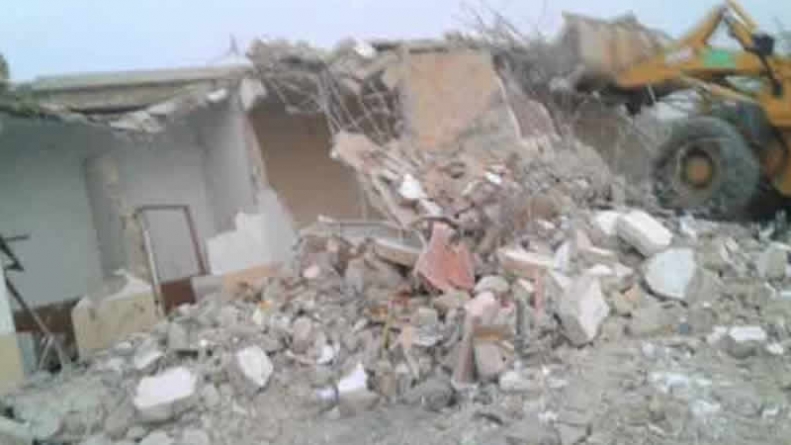 The photos and posters of MQM chief at Nine Zero and several other places were removed whereas Khursheed Begum Memorial Hall and transport office were also set up illegally.