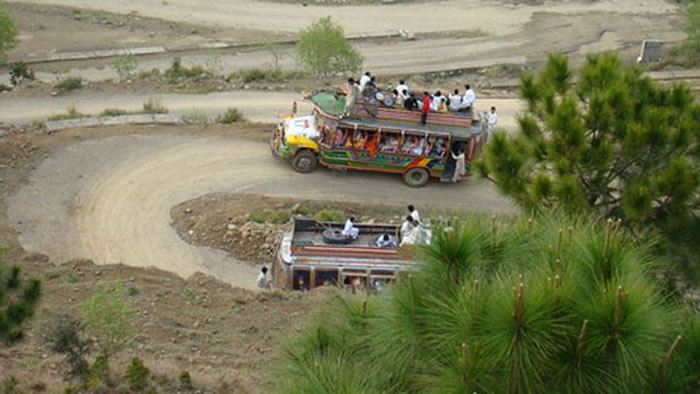 At least 18 people were killed when a bus carrying a wedding party fell into into a ravine in a remote hilly area of Azad Jammu and Kashmir on Sunday, officials said.

Twenty-nine others were injured, six critically, and local authorities warned the death toll could rise.

“A bus (was) carrying around 50 people, who were going to attend a wedding ceremony, from Palandari to Hajira when it fell into a ravine,” local police chief Hassan Qayum told AFP. “At least 16 people have died while 29 others are injured, six of whom are in (a) critical condition,” he added.

The bride and groom were not on the bus, local senaior official Ibrar Azam told AFP. The accident happened around 108 kilometres (around 65 miles) northeast of Islamabad in the Janjal Hill area of Kashmir. Pakistan has one of the world’s worst records for fatal traffic accidents, blamed on poor roads, badly maintained vehicles and reckless driving. –AFP