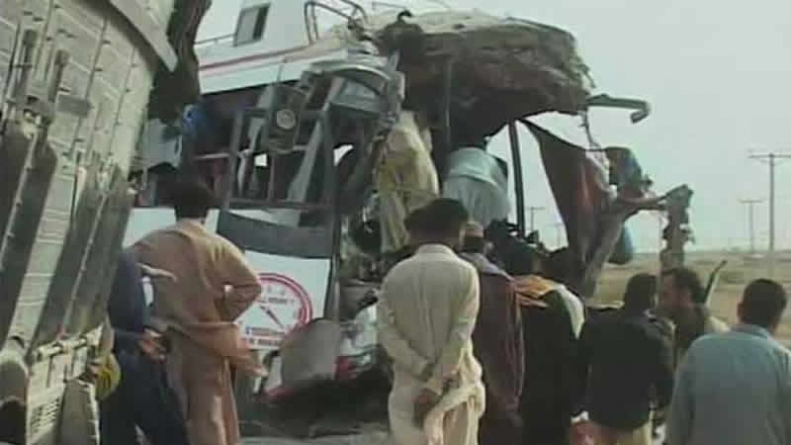 Two children and a woman among eleven people died while 24 were wounded in a road accident on Indus Highway near Jamshoro Power House, reported Tuesday.

A passenger coach was enroute Karachi from Dera Ismail Khan when it hit a truck parked on the road bank. Sources privy to police and rescue teams stated that the van was over-speeding which caused the accident. Teams had to struggle to recover bodies of the victims from wrecked coach.

Locals who were passing by and ambulances shifted bodies and injured to Civil Hospital. Eye witnesses said that driver of the coach was killed in the accident however, police have launched investigations.

Around 15 days earlier, a speeding coach collided with a car at the Indus Highway in Khanpur near Shikarpur killing four people. Rescue sources had said that the killed and wounded were members of a family who were travelling from Larkana to Kandh Kot.