Rangers Claim Arrest Of ‘Most Wanted’ Hitman With Links To MQM 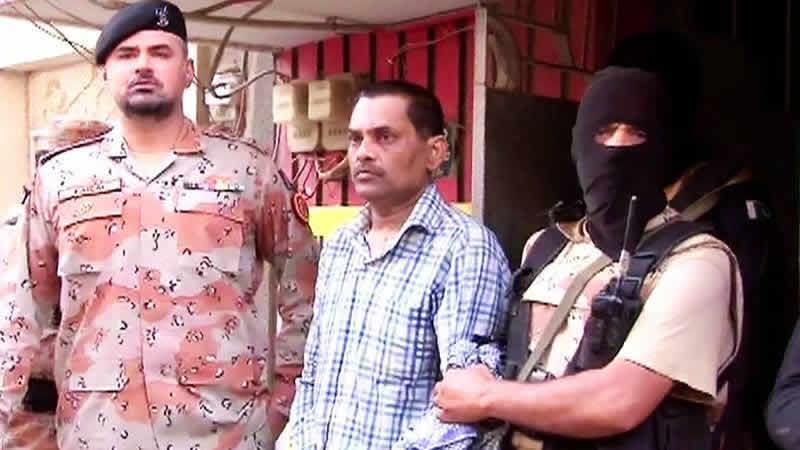 Rangers claim arrest of 'most wanted' hitman with links to MQM

“Mohammad Kashif alias David, who belongs to the MQM, is a most wanted criminal in multiple targeted killing and terrorism incidents,” Rangers official Colonel Faisal told media representatives. He said the operation was carried out on a tip-off close to MQM’s Nine Zero headquarters. A cache of weapons and ammunition, including Kalashnikovs, light machine guns (LMGs) and Rocket Propelled Grenade (RPG-7), and Rangers uniforms were recovered during the operation, in which several houses were searched.

The suspect was shifted to an undisclosed location for interrogation. At a meeting in the Karachi Corps Headquarters earlier this month, army chief Gen Raheel Sharif termed lasting peace in Karachi the “ultimate aim” of the Rangers-led Karachi operation, which was launched over two years ago. For a little over a year, MQM has been under the spotlight when it comes to the Rangers-led operation. In March 2015, Rangers personnel detained a number of MQM workers, including senior members such as Amir Khan, in a pre-dawn raid on the party’s headquarters.

The raid, which prompted a protest by party activists, appeared to have symbolic significance in the Karachi operation that has been underway since October 2013. Most recently, Rangers arrested MQM Rabita Committee Deputy Convener Shahid Pasha in a raid on his residence last month.