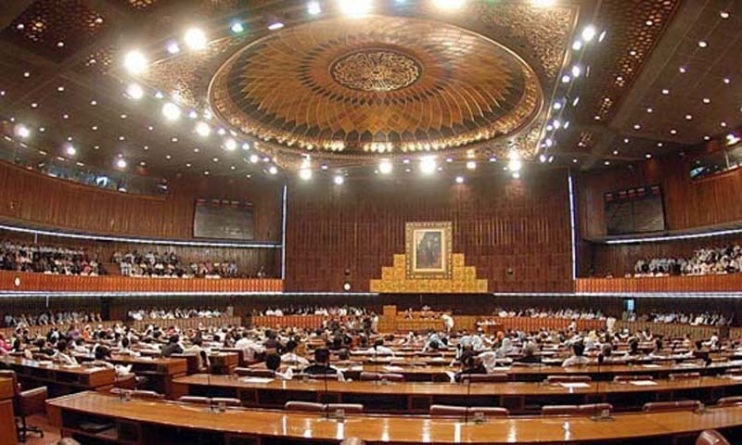 The bill, which was approved by the Senate Standing Committee on Finance with minor amendments on Feb 25, is aimed at regulating the futures market and protecting investors.

It was almost a year ago on April 9, 2015 when the regulator Securities and Exchange Commission of Pakistan (SECP) sent the revised futures bill to the Ministry of Finance for further processing and approval by parliament.

The bill will become an act after receiving the president’s assent. On Wednesday, Parliamentary Secretary for Finance, Revenue and Economic Affairs Rana Afzal piloted the bill in the National Assembly on behalf of Finance Minister Ishaq Dar. Mr Afzal said the bill would help regulate the futures market and provide a safe environment to the investors. Futures’ trading was currently regulated under the Securities and Exchange Ordinance 1969.

It was felt that the law remained fundamentally incomplete and contained numerous inconsistencies and gaps. The specialised features of futures markets warranted promulgation of an independent and comprehensive piece of legislation, laying the grounds for the Futures Market Bill 2016. “The new bill contains dedicated provisions to cater to all aspects of the futures market in detail and is based on international best practices to allow for fair, transparent and efficient futures markets,” a securities market expert said on Wednesday.

Another senior stock broker said the bill was drafted in consultation with relevant stakeholders, including stock exchanges as well as the Pakistan Mercantile Exchange. But he said that although derivative products such as futures and options were already there, those might have been streamlined and dealt with in detail in the new Bill. He said he had not seen the details, yet he believed the introduction of the bill could help boost the trading volume at the stock market. “But it remains to be seen if the amendments suggested by the market participants have been incorporated,” the broker put a caveat.