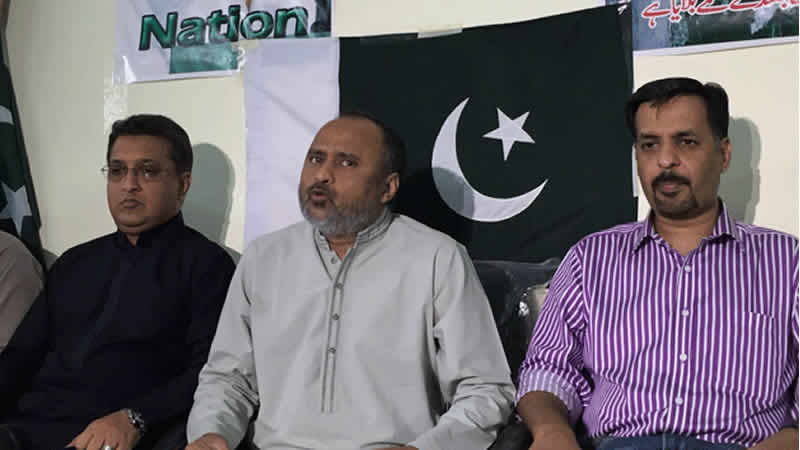 Waseem Aftab placed several allegations over the MQM leadership, stating that he made it to the top of the hierarchy with ambitions to serve the people but after attaining authority, the reality of the matters dawned upon him.He stated that party members are treated like tissue papers .

Aftab added that he desires to replace the slogans of pain and hatred with Pakistan Zindabad. He said that the state should not consider the party members as terrorists, they are average citizens who have been betrayed and need to be dealt with love. Member of Sindh Assembly from Azizabad, Iftikhar Alam also announced to abandon MQM and his designation during the press conference.

Alam stated that talks regarding disintegration of Pakistan were carried out within the circles of Muttahida and that photoshoot is done with the dead bodies of the workers who give up their lives for the party. He stated that to win MQM chief Altaf Hussain s trust is a great challenge for any worker as the Muttahida quaid simply does not care even if party members sacrifice their lives for him.

Both members stated that they cannot remain hypocrites any longer, the politics of MQM revolves around a single person.