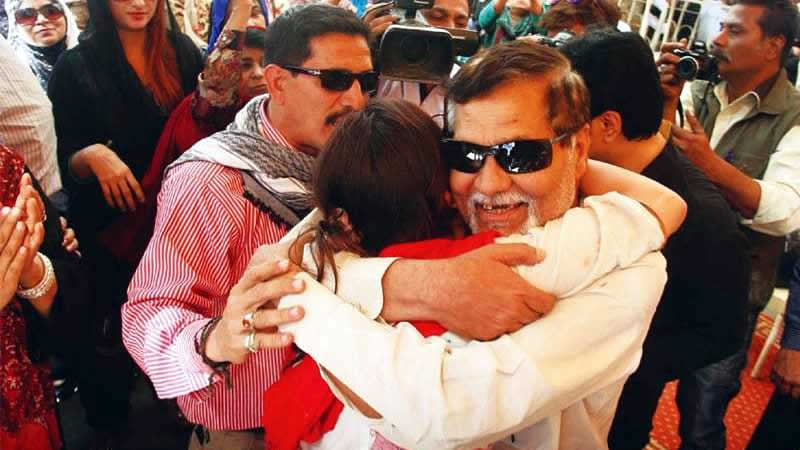 While the PIA authorities have managed to partially resume flight operations, the protesting workers said on Monday they were united and would not join duty till the government called off its plan to privatise the airline.

But keeping in view the difficulties being faced by over 200 Umrah pilgrims who had been stranded in a hotel in Karachi for several days, the employees allowed the management to operate one flight to Saudi Arabia for them.

Earlier, a protest march announced by the Joint Action Committee (JAC) of PIA employees to press their demand for the recovery of their four missing colleagues was called off after the four were set free by their ‘captors’ early in the morning. Almost all major political parties had announced their participation in the march. Talking to Dawn, JAC spokesperson Nasrullah Afridi said the employees had allowed the airline’s management to operate only one special flight for the pilgrims. He rejected the management’s claim of resuming the flight operations and said that normally over 130 flights were operated daily and it was not a success if it managed to operate five to seven flights. And, he added, everybody knew that the crew members of these flights were working under pressure from the management/government. Citing an example, he said a crew member from Lahore had told JAC leaders that she was not willing to join duty but an office van had been sent to her house, along with a police mobile, to pick her up.

Mr Afridi said the management could not succeed in its “designs with such highhanded tactics”. It is creating even more resentment among workers. He said the protesting workers had gathered at the PIA head office in Karachi and sat there the whole day chanting slogans in support of their demands. He said the head office and other offices of the airline remained closed and no work was carried out. About the protest march, the spokesperson said that since the four missing colleagues who had been picked up from their homes six days ago, returned on Monday morning, there was no reason to take out the rally. Meanwhile, Peoples Unity and JAC leader Hidayatullah Khan, who was among the missing men, said: “I don’t know who or which agency had picked me/us up. The moment we were picked up our eyes had been covered and remained so till we were released. So we could not recognise the captors.