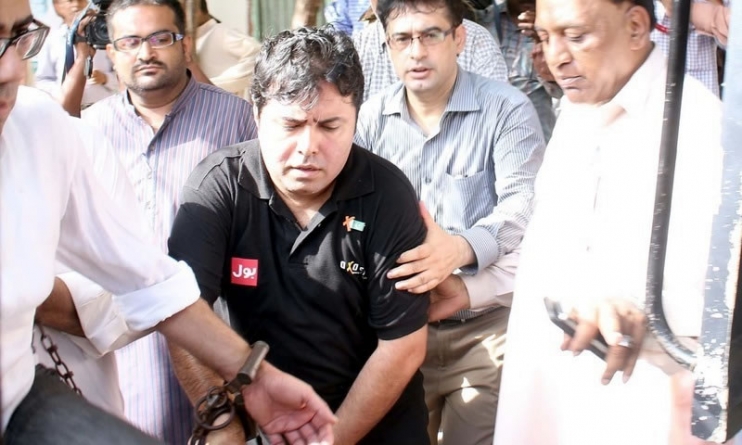 The case against Axact has hit its first hurdle, and there are likely to be a few more in the days to come. Thus far, the prosecution had a near perfect score in winning all their battles. Nine bail applications had been rejected, and a precedent was set in using the Anti-Money Laundering Act of 2010 to freeze the assets of Axact.

Two petitions against sealing Axact premises for the forensic examination of materials within, and an appeal to unfreeze the assets and bank accounts of Axact and the principal accused, were rejected back on December 22 by a two-judge bench of the Sindh High Court that included the Chief Justice.

At the centre of the prosecution was Zahid Jamil, a relatively young lawyer serving his first stint as a special public prosecutor. He had pursued the case with a visible vigour that impressed all observers in the court and apparently also the judges, given his success rate against all appeals filed by the defence. In an unusual statement released on Sunday night, the FIA described his efforts as “relentless and consistent”. On January 11, Jamil told the court his team will be ready to file the final charge sheet and commence trial by the end of the month, or latest by the middle of February. This was to be the big moment everyone was waiting for, when the evidence against the accused would be presented in court and the trial could begin in earnest. Then suddenly on January 18, he disassociated himself from the proceedings. In his resignation letter he gave no reasons, other than to say that “circumstances have arisen” that make it difficult for him to continue. “My professional conduct would be affected” he said in the letter, if he were to continue with the case. He signed off saying he took this step with “disappointment”.

“The prosecution team has no case, they have found no evidence” one of the defence lawyers tells Dawn. Some of Jamil’s detractors take that line a step further. In an anonymous video posted on YouTube, for example, edited and scripted like a TV package but without the logo of any channel, Jamil is accused of “deserting” the FIA after employing “delaying tactics” for as long as he could. The narrator of the package calls him names towards the end, and hails a decision by an Islamabad court to grant bail in a similar case involving Axact, showing footage of the accused leaving the courtroom amidst a shower of rose petals. In another blog entry posted on a site called Pakistan Biz, and reproduced in a few other locations, he is again accused of much the same, in addition to “charging hefty fees”. In fact Jamil worked pro bono. And if he was only employing “delaying tactics” without any evidence, how did his team manage to win every appeal filed by the defence?