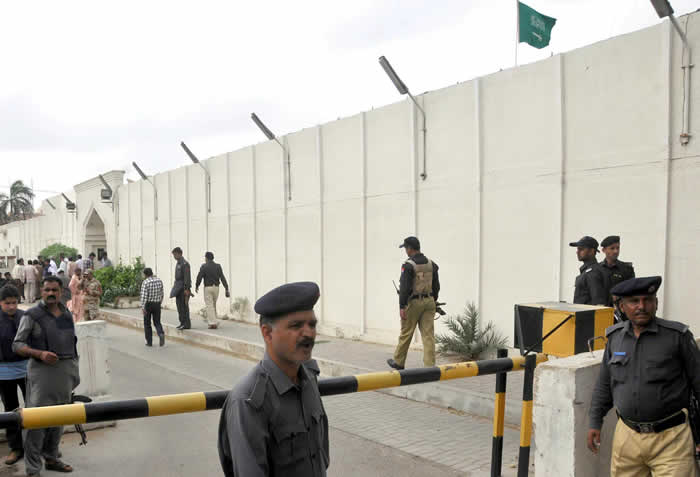 An antiterrorism court sentenced on Wednesday a man to 14 years in prison in a case pertaining to a grenade attack on the consulate of Saudi Arabia. Zaki Kazmi was found guilty of carrying out the attack with his now dead accomplice at the consulate in the Defence Housing Authority in May 2011.

ATC-VI judge Abdul Naeem Memon, who conducted the trial inside the central prison, read out the conviction order after recording evidence of witnesses and concluding arguments from both sides.

The court also ordered confiscation of the convict’s property. According to the prosecution, two grenades were hurled at the Saudi consulate on May 11, 2011, which damaged some windowpanes of a mosque inside the consulate, but did not cause any causality. The police arrested the accused in November 2011 in the Eidgah police station jurisdiction and claimed that he was affiliated with the ‘Mehdi Force’.

The prosecution further said that acting on information of the detained accused, the police had raided a residential complex, Rabia City, in Gulistan-i-Jauhar to arrest the alleged mastermind of the grenade attack, Syed Tabish Hussain, alias Asif Manu, but he put up resistance and was killed in a shootout. A case was registered under Section ¾ of the Explosive Substances Act, 1908 read with Section 7 of the Anti-terrorism Act, 1997 at the Gizri police station.