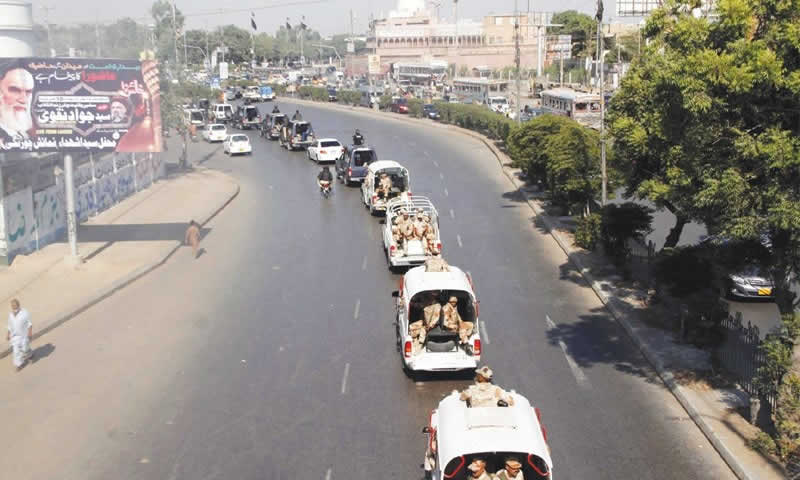 The Sindh government has allocated more than Rs100 million for security measures planned for the first 10 days of Muharram, after a deadly bomb attack on the central imambargah in Shikarpur district claimed 61 lives earlier this year, it emerged on Wednesday.

Officials said Chief Minister Syed Qaim Ali Shah has approved the police plan that needed Rs102.4 million for the security measures across the province — with special consideration to the provincial capital Karachi. In a report presented to the chief minister lately, the home ministry said that there were a total of 1,521 imambargahs in Sindh. During the 10 days of Muharram, 11,272 majalis will be held across the province. Of them, 1,229 have been declared ‘most sensitive’. Similarly, 384 of the 4,335 Matami processions and 188 of the 1,295 Tazia processions to be taken out in different parts of the province have been declared ‘most sensitive’. Earlier on Jan 30, 2015, a bomb blast at the main imambargah in Shikarpur claimed the lives of 60 people, while dozens of others were left injured.

It was the second major attack on an imambargah in the country since this year’s beginning; the first being an attack on Imambargah Aun Mohammad Rizvi in Rawalpindi’s Chatian Hatian area. Home department officials said the police hierarchy decided to hire walkthrough gates and CCTV cameras for the 10 days of Muharram. For this purpose, they added, they had been given Rs10 million. The officials said key expenditure in the police plan would be made on feeding of 64,414 police personnel (regular, reserves and under-training combined). They demanded a paltry amount of Rs100 on a daily basis to be given to each personnel on Muharram duty for 10 days, thus the total fund required swelled to Rs62.5 million. “Rs100 per day is hugely insufficient yet we have demanded only this amount given the financial constraints being faced by the government,” said a senior official.