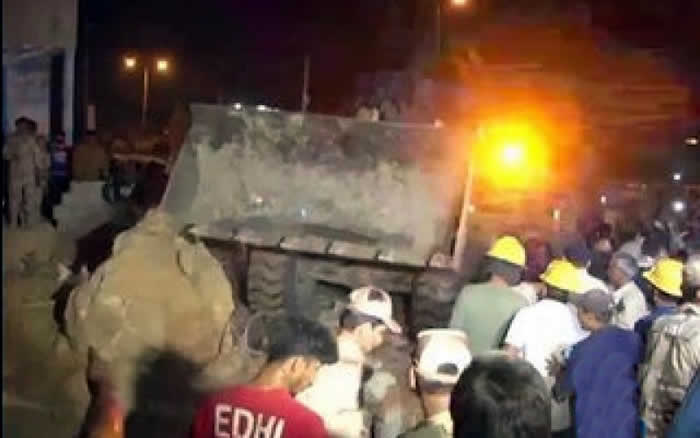 At least 13 killed as rockslide hits shacks in Karachi

Rescue teams reached the site of the incident and recovered the bodies of three women, three men and seven children from beneath the rubble.

Rangers and police personnel also arrived at the scene and participated in the rescue operation. Heavy machinery was called in to help clear the area as the rocks hit shacks built on a plot in Gulistan-i-Jauhar’s Block 1 area. Two families comprising 13 people were living in the shanties hit by the rockslide, area residents said. Commissioner Karachi Shoaib Ahmed Siddiqui and Muttahida Qaumi Movement (MQM) leaders Faisal Sabzwari and Muhammad Hussain visited the site and inquired about the rescue operation.

Speaking to the press, Shoaib Siddiqui said that the administration was making efforts to rescue the survivors, if any. He said heavy machinery had been engaged to clear the rubble, but that no time frame could be provided for completion of the rescue operation. The recovered bodies have been shifted to Jinnah Postgraduate Medical Centre (JPMC) for legal formalities.