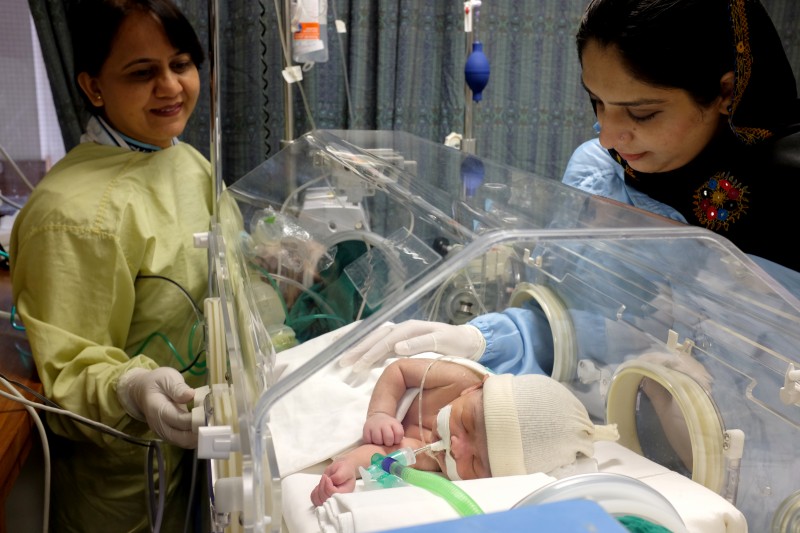 City markets have been facing an acute shortage of the low-cost folic acid drugs for the past two months, a situation that could potentially endanger health of newborns, it emerged on Wednesday.

Among other health benefits, according to experts, folic acid (a type of B vitamin), is particularly important in women of childbearing age as its deficiency during pregnancy can cause birth defects.

Conversations with representatives of the city’s major pharmacies showed that the folic acid tablet, normally priced Rs30 for a 100-tablet bottle, is now being sold at Rs100 for 100 tablets in black market. The imported versions of the medicine are much costlier naturally. “The low-cost drug has disappeared from the market because its raw material being imported from China is no longer available,” said Dr Iqbal Soomro, former chairman of the Pakistan Chemists and Druggists Association now running his business at Katchi Galli, a wholesale market near Denso Hall. According to him, the production of drugs combining folic acid with other vitamins would also be affected due to the absence of raw material. “The raw material is inexpensive if imported from China, but if you import it from other countries, the product cost would increase, making it unaffordable for the poor,” he said, adding that with the low-cost folic acid medicine, some medicines for treating diarrhoea, pain, cough, thyroid disorders and migraine are also in short supply. No present member of the Pakistan Pharmaceutical Manufacturers Association (PPMA) and the provincial chief drug inspector were available for comments.

Speaking on condition of anonymity, a former member of the PPMA said that the low-cost folic acid drug was among the “orphan drugs” that were priced ridiculously low by the government. “On government insistence, some companies were producing these medicines but for how long one could bear persistent losses,” he said. “I am on dialysis myself and require folic acid medicines that I acquire from Canada, where I have some relatives. But what about the poor? How would they survive?” he said. Secretary general of the Pakistan Chemists and Drug Association M. Asim Jameel endorsed the pricing factor and said the government should rationalise the prices of low-cost medicines.

“While the government is bent on keeping prices of certain medicines being manufactured by local manufacturers too low, it has no control over the prices of medicines being produced by multinational companies. This dichotomy is a major factor that has led to the present situation,” he said. The federal drug regulatory authority, he said, was incapable of doing its job properly. “Right now, there are 14,000 pending requests for registration of medicines.

People are being discouraged from importing drugs through proper channels while on the other hand the government agencies are raiding premises selling non-registered medicines,” he said.  Senior gynaecologist and obstetrician Dr Shershah Syed said the deficiency of folic acid could cause neural tube defect in newborns and make anaemic pregnant women vulnerable to a host of health issues. “In developed countries, such important medicines are provided free of cost because these nations realise that the consequences of having folic acid deficiency in pregnant women are too grave. So, instead of burdening the health budget and having people with birth defects, it’s better to provide the medicine free to mothers,” he said. Seconding his opinion, Prof Nizamul Hasan of the Child Aid Association said that deficiency of folic acid caused anaemia in pregnant women as well as a malformation of brain in babies due to accumulation of fluid. “This condition can be associated with malformation of spinal cord known as Meningocele, which in severe cases cause paralysis of lower limbs and loss of control over urine and feces. Both malformations need repeated surgeries. The later means life in wheelchair.”