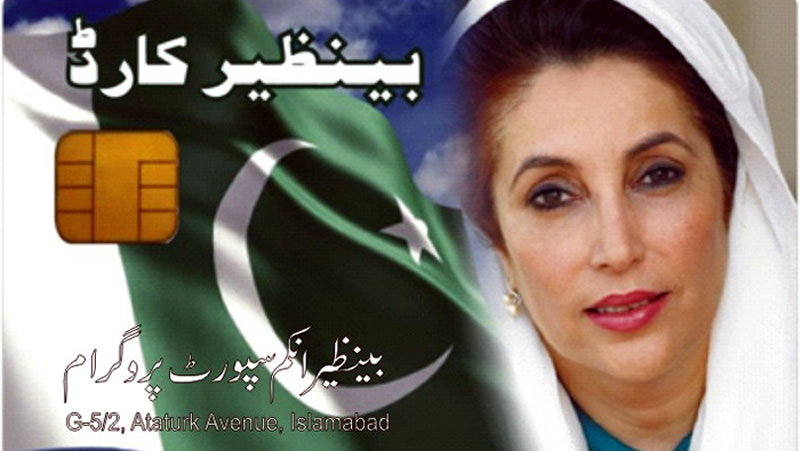 The PML-N government which inherited the Benazir Income Support Programme has spent Rs40 billion on the BISP and enhanced allocation to Rs97bn.

Reaching out to the poor is a policy objective of the government and the main intervention designed for the purpose is the National Income Support Programme (NISP) which consists of the BISP and Prime Minister’s Youth Programme (PMYP).

Sources in the Finance Division said on Sunday that during the current fiscal year the government had designed the NISP and enhanced allocations to Rs118bn – Rs97bn for the BISP and Rs21bn for the PMYP. They said that monthly disbursement to each beneficiary under the BISP had thus been increased from Rs1,000 to Rs1,500. Highlighting the poverty-reduction aspect of the initiative, the sources mentioned Waseela-i-Taleem Programme under which children of beneficiary families aged 5-12 are to be supported for primary education with cash transfer of Rs250 per child (up to a maximum of three children) subject to compliance with required school attendance.

The government allocated Rs2bn to Pakistan Baitul Mal (PBM) to undertake different programmes for the poor and the disadvantaged in the current year while the same amount was allocated to the Pakistan Poverty Alleviation Fund (PPAF). With regard to new initiatives, the sources said, the government had kept Rs21bn and under the PM’s Youth Business Loans Scheme, loans ranging from Rs100,000 to Rs2,000,000 were being provided. Mark-up at the rate of 8 per cent is paid by the beneficiary while the remaining cost is to be borne by the government.

Under the PM’s Youth Skills Development Scheme, the sources said, 25,000 youths up to the age of 25 with minimum qualification of middle will be imparted six-month training in a number of trades across the country. Total cost of the programme is Rs800 million. In the first phase, an amount of Rs450m has been disbursed to the National Vocational & Technical Training Commission for implementing the scheme. The other new initiative is PM’s Qarz-i-Hasna /Micro-Finance Scheme which enables men and women to undertake micro-enterprise activities.

At least 50 per cent of these loans will be given to women. A `fee reimbursement scheme’ has also been launched which provides scholarships for post-graduate students domiciled in interior Sindh, southern Punjab, Balochistan, less developed areas of Khyber Pakhtunkhwa (Malakand, Kohistan and D. I. Khan), Gilgit-Baltistan and Fata. The average annual tuition fee to be financed under the scheme is Rs40,000.