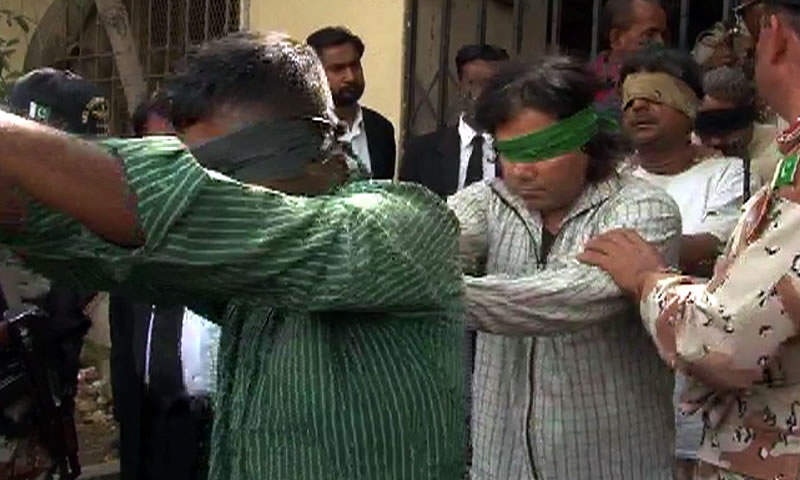 An anti-terrorism court (ATC) in Karachi on Wednesday accepted charges pressed by police against 16 men said to be affiliated with Muttahida Qaumi Movement (MQM) who were arrested during the March 11 raid on Nine-Zero.

The charge sheets were submitted for illegal possession of weapons and explosive materials, and include Ubaid K-2, Faisal Mota, Nadir Shah, Amir Khan, Rasheed Ahmed, Abdul Qadir, Amboro Nabeel, Imtiaz Amir, Rizwan Tauseef, Noman Asif among others. It may be recalled that 26 suspects were booked in connection with the recovery of illicit weapons and explosive materials allegedly recovered from Nine Zero. Meanwhile, the court directed the Investigating Officer (IO) to submit charge sheets against the remaining 10 suspects.

Last month, around 100 suspects were picked up by Rangers personnel near Nine Zero, the headquarters of MQM during early morning raids. Over 60 suspects were placed under a 90-day preventive detention by the paramilitary force — including Rabita committee member Amir Khan. Twenty six suspects were handed to police who booked them in 26 cases pertaining to illegal possession of weapons and explosive materials.