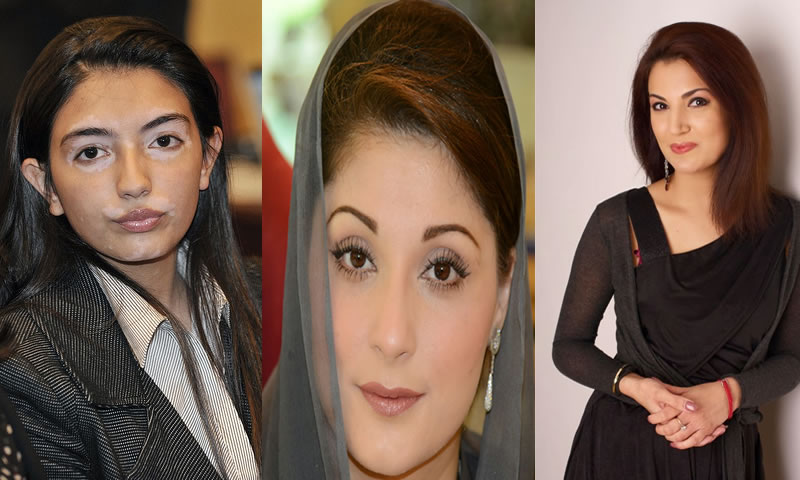 While Chief Minister and Pakistan Peoples Party Sindh president Syed Qaim Ali Shah at a meeting on Thursday vowed to make Sindh a polio-free province, Aseefa Bhutto-Zardari resolved that she would reach out to all political parties to strengthen advocacy for polio eradication in the country.

“I invite Maryam Nawaz of the Pakistan Muslim League-Nawaz and Reham Khan of the Pakistan Tehreek-i-Insaf to join hands with me to accelerate the countrywide polio eradication drive and ensure that every child is protected from the deadly polio virus,” a spokesman quoted Ms Aseefa as saying. The slain PPP leader Benazir Bhutto’s daughter was the first child administered with polio drops when her mother introduced widespread polio campaigns in the country in 1994. Ms Bhutto-Zardari attended a meeting at CM House on Thursday as an ambassador for polio eradication. Her proactive participation in the official meeting in Sindh indicated that her role as a polio ambassador was being cemented with the party’s intentions to bring forward a soft and confident image of the party. The spokesman for the party said that following a briefing on polio and a meeting with the chief minister and senior health ministry officials, Ms Bhutto-Zardari expressed her resolve to raise awareness of polio and reach out to all political parties for polio eradication and asked parents to actively participate in anti-polio campaigns by administering only two drops of polio vaccine to every child under the age of five.

Officials in the meeting quoted Ms Bhutto-Zardari as saying that it was a dream of her mother to root out polio from Pakistan and it was she who started anti-polio drive as a national campaign. “The Sindh government should ensure that each and every child is administered with polio drops. Besides, polio teams must be provided necessary security so that they do not find them unable to access any area,” she added. Meanwhile, officials in the provincial government said that the chief minister believed that during the first three months of 2015 detection of four polio cases in Sindh had posed a grave challenge for the government.

The meeting that he presided over was attended by MNA Dr Azra Fazal Pechuho, chairperson of All Provincial Public Health Programmes; Shahnaz Wazir Ali, provincial coordinator; secretary health Iftikhar Shallwani and principal secretary to the CM Alamuddin Bullo. Dr Pechuho told the participants in the meeting that there were 93 polio cases in the country in 2013 and 10 of them were in Sindh.

But, last year, the cases increased to 306 in Pakistan, of which 30 were reported in Sindh. She said in the first three months of 2015, some 21 cases had been detected in the country, including four in Sindh. The chief minister said all those four cases that had been detected were from rural parts of Sindh. “This is not a good omen,” he said adding that “we have to be more vigilant and should expand our immunisation drive”. Dr Pechuho said a polio case was confirmed in an 18-month-old child in Qambar while another case was reported in Sukkur in an 18-month-old child and two cases were detected in Dadu. The chief minister told Ms Aseefa that he had already dedicated a separate polio security force. “Whenever an anti-polio campaign is launched the teams are provided with extra security cover particularly in high-risk areas,” he said. The chief minister reiterated his commitment to eradicate polio in Sindh.