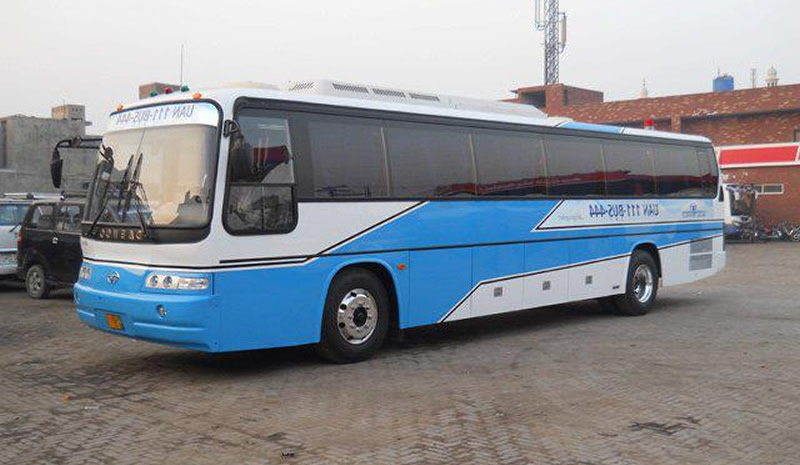 In the first phase, at least 100 out of the 500 new buses would be running between Karachi and divisional headquarters of Sindh and later this facility would be extended up to each district headquarters.

In this connection a memorandum of understanding (MoU) was signed with the foreign transport company Daewoo Express at CM House on Monday under the public-private partnership (PPP) mode of investment. Transport secretary Taha Farooqui, on behalf of the Sindh government, and the chief executive officer of Daewoo Pakistan, signed the MoU. Sindh Chief Minister Syed Qaim Ali Shah, transport minister Mumtaz Jakhrani and other officials concerned were present. According to the MoU, the Daewoo Express agreed to bring 100 buses on the route between Karachi and the divisional headquarters (Hyderabad, Mirpurkhas, Sukkur, Nawabshah and Larkana) in the first phase of the project at a cost of Rs2 billion.

The Sindh government’s share would be Rs645 million while the remaining amount would be borne by the Daewoo Express. Apart from providing the buses, they are also responsible for building the terminals, ancillary facilities, such as a tuck shop, waiting lounge, segregated washrooms, a mosque, as well as maintenance and operation of the buses for 10 years.