Uzair Not Yet Produced in Dubai Court’ 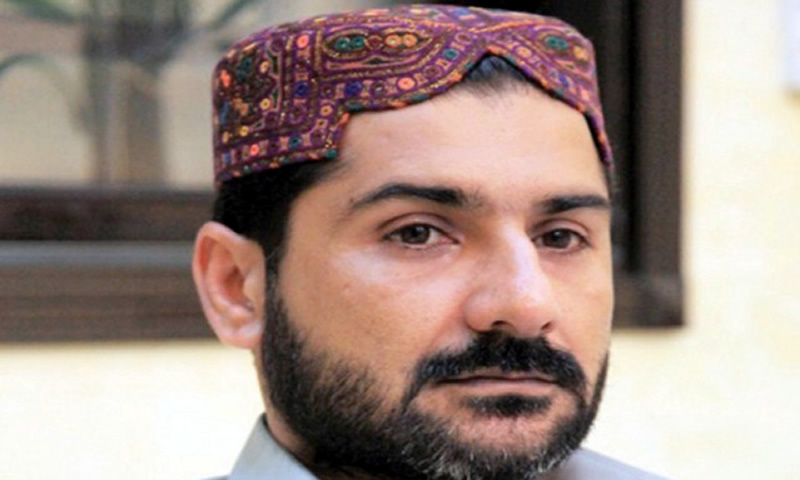 Leader of the proscribed Peoples Amn Committee (PAC) Uzair Baloch has not yet been produced in court in Dubai,

Sindh police chief Ghulam Haider Jamali told Dawn on Wednesday, while rejecting reports that he would be extradited to Pakistan within a day or two.

“The police team and a Rangers official have submitted the documents in court which include First Information Reports against him and details of around 55 cases pending in Pakistani courts against him,” he said. He added: “We are close to getting the custody of Uzair Baloch.” Karachi police chief Ghulam Qadir Thebo had written to the interior and foreign ministries a week ago to extend the deadline of the extradition process for one month. The letter had been sent due to the absence of a Federal Investigation Agency representative in Dubai who was supposed to negotiate and work out procedures for the four-member law enforcement team. Eventually, the deadline was extended for another week.

IG Jamali, however, said that in most cases an FIA representative was not required to leave Pakistan for another country, as almost all Pakistani embassies across the world had an FIA representative with them for criminal cases or otherwise. Uzair Baloch had fled Pakistan soon after the launch of the Rangers operation in Karachi in September 2013. The Sindh government had sent documents to the federal authorities in May 2014, seeking the issuance of red warrants against both Lyari gangsters Uzair Baloch and Baba Ladla who were said to have fled to Iran, Oman, the UAE or South Africa. The warrants were eventually issued against both Uzair and Baba on June 11 and 12, 2014, respectively. In December 2014, the Interpol arrested him in Muscat and brought him to Dubai. On Feb 5, the four-member law-enforcement team left for Dubai after the interior ministry directed the provincial and federal authorities to complete the PAC leader’s extradition within a week.