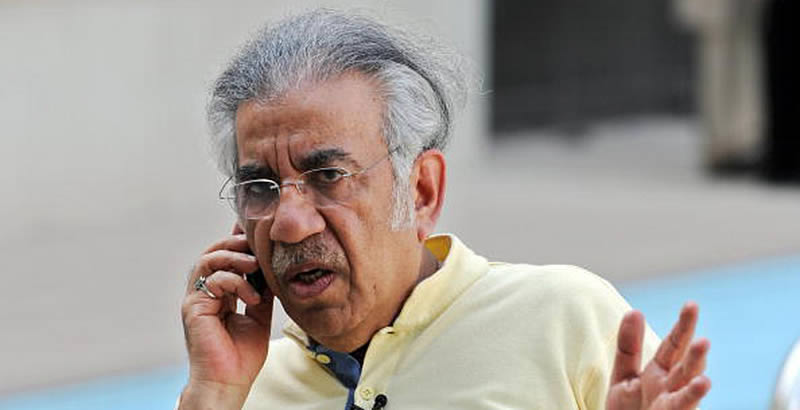 The PPP has finally filed a Rs2 billion defamation suit against Sadruddin Hashwani, a business tycoon and owner of five-star hotels, for levelling a series of allegations against former president Asif Ali Zardari, including his involvement in the 2008 bombing at Marriott Hotel in Islamabad that killed over 50 people.

“We have filed the defamation case against Hashwani in Sindh High Court (SHC) after he did not respond to our 15 days notice,” the PPP co-chairman’s lawyer and the party’s leader Senator Farooq Naek said at a joint press conference.

In his biography ‘Truth Always Prevails’ Mr Hashwani also alleged that Mr Zardari wanted to grab some of his properties. The book has recently been published by an Indian publisher and distributed in Pakistan by a local book-seller.

He said the first hearing of the case would be held in the SHC on Feb 6 in which Mr Hashwani would have to provide evidence of the allegations he had levelled against Mr Zardari. Leader of Opposition in the National Assembly Syed Khursheed Shah said that Mr Zardari had been victimised politically and that he had been facing false allegations over the past two decades but none of them was ever proved.

“Hashwani’s book is part of an old conspiracy against PPP leadership, but we would expose all hidden hands behind it,” he said, adding that “PPP has been facing similar situation since 1977 as earlier founder of the party Zulfikar Ali Bhutto was maligned and then Benazir Bhutto was politically vicitimised”.

Senator Farhatullah Babar said the PPP had come out to defend Mr Zardari and protect the party’s honour and prestige. “It’s a test case for the PPP and we will vindicate our leader at any cost,” he added. Mr Babar recalled that once Mr Zardari was talking to Mr Hashwani on phone when he was accompanied by some prominent journalists, he (Hashwani) had said that Mr Zardari had never harassed him for grabbing his hotels and other properties.

Answering a question, Mr Babar who is also PPP’s spokesperson, said: “We do not want money by filing the defamation suit but to protect our party chief from character assassination.” He said the former president had decided to donate the receipts from the suit to charity.

The PPP’s notice that was served to Mr Hashwani said: “The cumulative direct effect of the distortions in the book is to tarnish the reputation of Asif Ali Zardari and negate all his contributions to the state and society of Pakistan. The book is a brain-wave of an irresponsible person full of malice aimed at not only tarnishing the image of Mr Zardari but also of the PPP and its workers.”

In his notice, Mr Zardari has termed the book “a false, derogatory and vexatious publication full of blatant lies” aimed at damaging his reputation. – Dawn

India gets China, Russia to back anti-Pak UN pact

India gets China, Russia to back anti-Pak UN pact