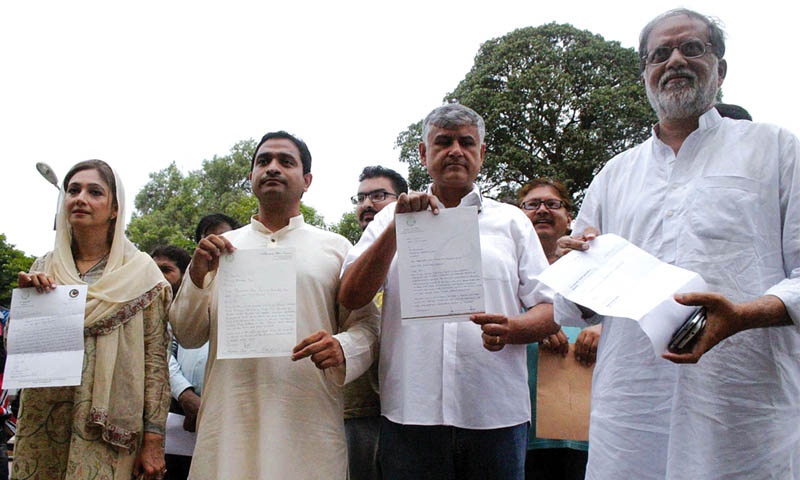 With the PTI’s sit-in finally wrapped up albeit with occasional calls of protests from its chairman Imran Khan, the Sindh Assembly on Wednesday become the first legislative body to accept resignations filed by the party’s members at the height of its anti-government protests in the federal capital.

The resignations of PTI’s Sindh Assembly members — PTI MPAs Samar Ali Khan, Khurram Sher Zaman, Syed Hafeezuddin and Seema Zia — were accepted by house speaker Agha Siraj Durrani today, months after these were submitted. The resignations were submitted to the house speaker in September at the height of the protests and sit-ins the party had been engaged in in the federal capital against what it called “massive rigging” in the 2013 general elections. “[PTI MPAs] did not communicate and I could not wait any longer…therefore their resignations have been accepted,” Durrani told reporters outside the assembly.