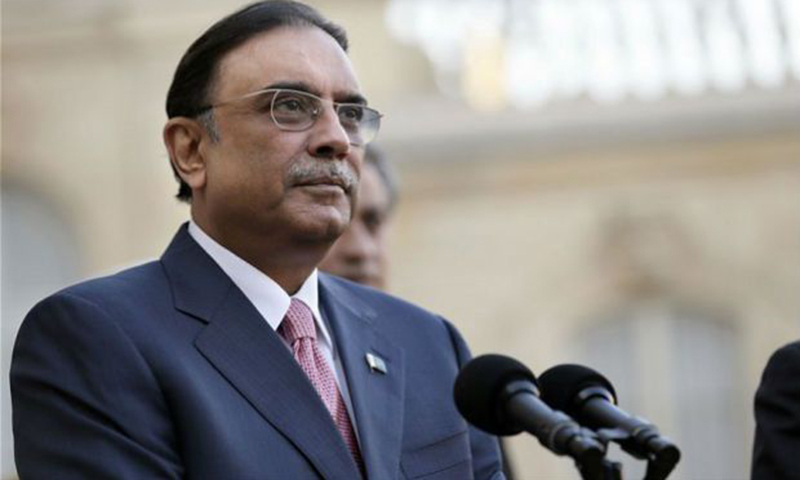 PPP Co-chairman Asif Ali Zardari said on Wednesday that his party would support the government’s counter-terrorism measures, including the establishment of military courts.

“We will continue supporting the government to counter terrorism in every regard, including setting up (of) military courts,” Mr Zardari said in a statement issued by his spokesman from Islamabad. The former president distanced from his earlier stance which he had taken in Naudero on Dec 27 in which he had warned that under the new law on military courts one could not rule out the possibility of both him and Prime Minister Nawaz ending up behind bars.

While saying that his party would not allow the ‘misuse of military courts’ he, however, had mollified his stand by demanding assurances that the new law would not be used against “any political party, scholar or journalist”. In his latest statement, however, he stressed the need to sort out certain modus operandi for the establishment of military courts. He said it was time that the nation and politicians should get together to fight terrorism. “That is the only way we can try to heal the wounds of families of the students killed by terrorists at the Army Public School in Peshawar.” -dawn