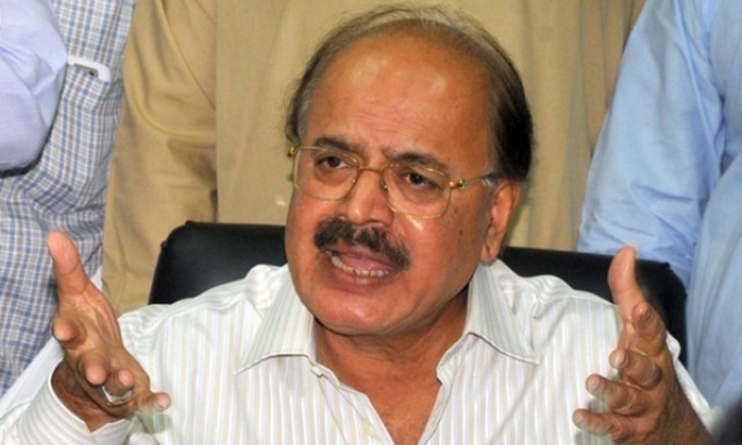 Provincial Deputy General Secretary of the Pakistan Peoples Party (PPP) Manzoor Wassan on Thursday said no one would be allowed to forcefully shutdown Karachi on Dec 12. Wassan’s statement follows after Sindh Information Minister Sharjeel Memon had said that the provincial government would not allow Pakistan Tehreek-i-Insaf (PTI) Chairman Imran Khan to close down all of Karachi. “If PTI workers try to shut down the city by force, government machinery will swing into action,” he had said. On Dec 1, Karachi Traders Union President Atique Mir told Dawn that traders from the country’s commercial hub would not support Khan’s call for a shutdown on Dec 12. “Any such call will cost the national exchequer billions of rupees,” he said.

In light of the recent shutdown call announced by the PTI, the ruling Pakistan Muslim League – Nawaz (PML-N) extended an unconditional offer to the former for resumption of dialogue. Reciprocating the government’s offer, Khan said that he will call off his ‘Plan C’ if the government is ready to set up a judicial commission before the PTI’s call to shutdown Karachi on Dec 12. On November 30, Khan had announced his ‘Plan C’ to paralyse the country’s major cities and eventually “shut down” the entire country. Reiterating demands for Prime Minister Nawaz Sharif’s resignation and a fair probe into alleged rigging of the 2013 elections, the cricketer-turned-politician appeared confident that his new push for street agitation would succeed.

Speaking to media representatives in Karachi, Wassan, who is also Sindh’s anti-corruption minister, said that he is ready to assist Muttahida Qaumi Movement (MQM) chief Altaf Hussain in the investigation of corruption cases against his workers. A day before, Hussain had accused the party’s central coordination committee and parliamentarians of making money by “selling playgrounds and streets, forgetting the party and workers”. The MQM chief had assigned Qamar Mansoor and Arshad Hussain the task of overseeing party affairs in Karachi and London, respectively, and said that he would appoint a new coordination committee soon. -dawn