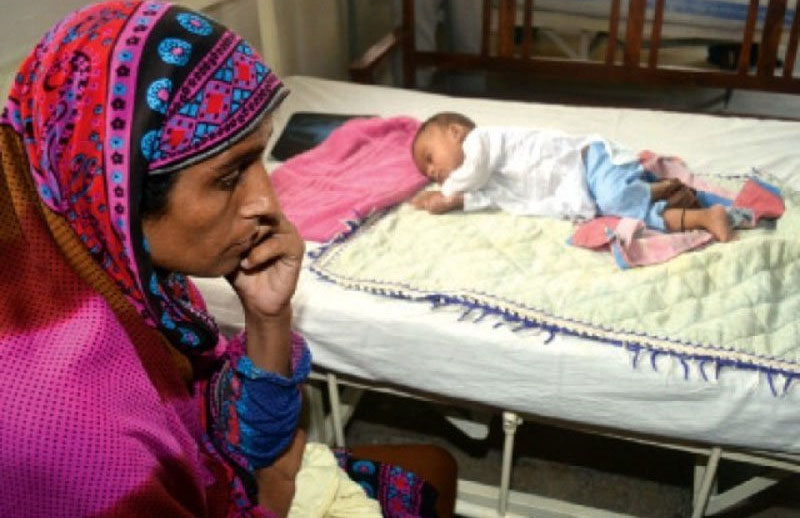 As many as seven children have died of malnutrition in drought-hit Tharparkar district on Wednesday, bringing the death toll to 180 in last 66 days. According to Samaa’s correspondent, eighteen children died during last 24 hours. The children died at Mithi, Chhachhro, Nagarparkar, Islamkot and other areas of the district.

Officials said that around 550 children have lost their lives across the famine-affected region over the past 11 months, with more than 300 under treatment in various government-run hospitals. Civil Surgeon Civil Hospital Mithi Dr. Shafqat Ali Dahri clarified that most of the deaths of children in Tharparkar occured due to various medical conditions such as premature birth, Pneumonia, sinus problems and other diseases.

He said that the hospital was providing all out health facilities to ailing children, including incubator, oxygen and medicines, said a handout issued here. Despite many promises made by the federal and provincial governments, the people of the area have got nothing and their condition has worsened with each passing day. – (Samaa/ APP)