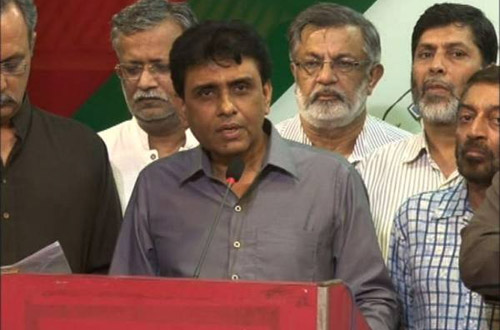 MQM’s lawmakers have also applied for the allotment of seats in section that houses opposition benches in Sindh Assembly.

Earlier, the MQM made headlines by announcing it was parting ways with Sindh government as a protest against Chairman PPP Bilawal Bhutto Zardari’s insulting its London-based supremo Altaf Hussain. “We are done with our share of sacrifices. Enough is enough. Henceforth, for MQM, working with PPP is like working against democracy”, the MQM leader Khalid Maqbool Siddiqui said talking to media at ‘Nine Zero’, the party headquarter in Karachi.

“It’s not wise for the MQM to start picking fights merely over political statements. That said, I must add that had our policy of reconciliation not been holding us back the MQM would have tasted their own medicine by now”, said he addressing an emergent press conference following MQM’s announcement of breaking a fragile alliance with PPP with a bang.

Memon during his unusually long press talk, however, expressed hope that MQM would give its decision second thoughts. According to sources the MQM is likely to choose its leader of the opposition in Sindh Assembly from among Dr Sagheer Ahmed, Faisal Sabzwari, Khawaja Izhar, and Mohammad Hussain. -samaa