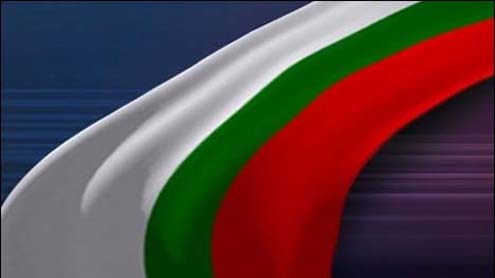 The Muttahida Qaumi Movement (MQM) confirmed on Wednesday that the party had received an offer to join the Sindh government, but said that it was holding deliberations within party ranks following the talks held in Karachi between former interior minister Rehman Malik, the Sindh governor and the chief minister. This was disclosed to The News by MQM leader and member Coordination Committee Waseem Akhtar just after Rehman Malik held a meeting with Dr Ishratul Ebad Khan at the Governor House and later called on Sindh Chief Minister Syed Qaim Ali Shah. Waseem said that the ruling Pakistan People’s Party (PPP) has offered the MQM to join the government, adding that the MQM has not demanded any portfolios as being reported in a section of the press. He said that it was the second meeting in Karachi between Qaim Ali Shah, Rehman Malik and Dr Ishratul Ebad but added that the MQM Coordination Committee would take a final decision on whether to join the government or not.

Waseem was again asked to when the MQM would be joining the government, to which he said, “No decision has been taken as yet…Discussions are under way in this regard”.He mentioned that Governor Ebad had earlier met former president Asif Ali Zardari in Dubai to sort out various issues. Waseem said that departments and ministries did not matter for the MQM.It may be noted here that Sindh Minister for Information Sharjeel Inam Memon had told a press conference at the Sindh Assembly that he would neither confirm nor contradict reports about the MQM joining the government. He had further said that ministries or departments did not matter for the ruling party as the same could be changed at any time. However, Speaker Sindh Assembly had told The News that important departments could not be given to Muttahida.

It may be noted here that the MQM normally takes time to join the government as they say that they have had bitter experiences in the past and that they are accountable to their people and voters. Rehman Malik has been playing a vital role to bridge the gap between the PPP and the MQM. Earlier, the ruling PPP and the opposition MQM remained engaged in negotiations to evolve a power-sharing formula and both sides were hopeful that the issues would be resolved amicably. Sources said that both sides were busy settling the remaining issues and clearing the way for the MQM to join the Sindh government. However, independent sources claimed that the ruling party was trying to convince the MQM not to insist on the local government and excise portfolios, as the PPP had been holding both portfolios in the previous tenure and there were reservations in the party ranks on this demand.

The MQM spokesperson rejected the impression that the process of talks was affected due to the statements of some PPP leaders against the MQM and pointed out that the dialogue was still in process as per the advice of the top leadership of both parties. He pointed out that the party leaders were bound to follow the instructions of the party chief and avoid talking to the media as the high command of both parties agreed that no party leader would speak against each other in the media. PPP leader Syed Khurshid Shah had recently raised objections against MQM chief Altaf Hussain for his statement regarding the role of the army, while Speaker Sindh Assembly Agha Siraj Durrani also criticised the MQM’s demand for the local government and excise portfolios.

However, the MQM spokesman said that the party leaders would not speak in the media against any PPP leader and hoped that the PPP would also follow the instruction of their party high command in this regard. The Governor’s House issued a statement that during their meeting, Dr Ishrat-ul-Ebad, Qaim Ali Shah and Rehman Malik agreed that both the PPP and the MQM believed in political harmony and reconciliation. They also said the leaderships of the two parties were engaged in talks to become coalition partners.  -Thenews