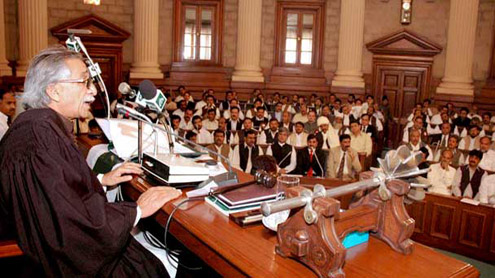 All opposition parties of the province submitted a joint application to the Sindh Assembly Secretariat on Wednesday for calling the house to order for discussing the famine-like situation in Thar which has so far claimed more than 100 lives of children. Lawmakers of Muttahida Quami Movement (MQM), Pakistan Muslim League-Nawaz (PML-N), Pakistan Muslim League-Functional (PML-F) and Pakistan Tehreek-e-Insaf (PTI) all signed the joint requisition which would make it constitutionally binding upon the Sindh Assembly speaker to convene the house within 14 days. Sources privy to the opposition told The News that the application bore signatures of 44 MQM MPAs, two PML-F MPAs, three PTI MPAs and one PML-N MPA.

According to the regulations, the speaker — on an application signed by not less than 42 out of total 168 MPAs — can summon a session of the house within 14 days of the receipt of requisition at a time and place as deems fit. According to unconfirmed media reports the Sindh Assembly speaker has called the session on March 21. However, Sindh Assembly secretary GM Umar Farooq told The News on Wednesday evening that so far no date had been fixed for convening the session.

Meanwhile, sources privy to the Sindh Assembly secretariat claimed that the provincial minister for parliamentary affairs on recommendation of the house’s speaker had moved a summary to the governor for convening a session on regular basis either on March 21 or March 24, since the remaining 40 days of sessions during the ongoing parliamentary year had to be completed. Meanwhile talking to the media after submitting the application, opposition leader Faisal Ali Subzwari of the MQM said that the government cannot bring about any improvement in Thar with only changing a few faces.  Thenews