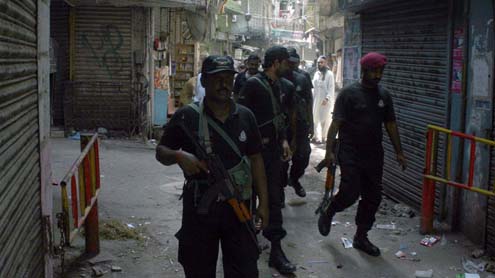 KARACHI: Police arrested 29 suspects during raids in different areas of the city on Monday and confiscated weapons, stolen goods and drugs, DawnNews reported.

In another raid carried out by police in Gulshan-i-Ghazi area of Baldia Town, five more suspects were arrested and drugs and weapons were confiscated from them.

Karachi, the largest metropolitan city of Pakistan, is riddled with targeted killings, gang wars, kidnappings for ransom, extortion and terrorism. Targeted operations led by Rangers’ forces with the support of police are ongoing in the city under a directive issue by the federal government against criminals already identified by federal, military and civilian agencies.- Dawn