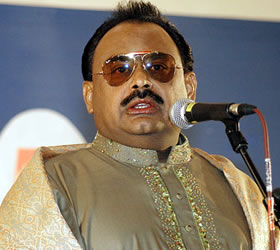 KARACHI – Muttahida Qaumi Movement (MQM) leader Altaf Hussain has said that the young generation will play a leading role in the revolution against the ages-old feudal system.

According to the Press statement issued from MQM office on Tuesday, he was talking to members of MQM Lahore zonal committee at MQM relief camp in Lahore.

While talking to the workers, Altaf Hussain lauded their efforts for relief work in the province. He also exchanged Eid greetings with them. He said that the message of MQM was gaining acceptance in the province as a result of which ‘miscreants’ were threatening MQM workers.

He asked the workers for restraining their emotions in the face of hostilities.

He asked them to remain calm and continue their struggle in a peaceful manner. He said that the feudal system was falling apart and a revolution had become the ‘fate’ of the country. Altaf Hussain appealed to the people of Punjab, particularly the students to come forward and join MQM for saving Pakistan and bringing peace and prosperity in the country.

He said that MQM would not only weed out feudalism and corruption but also establish the rule of patriotic people with impeccable character.

“When such a government is established, public representatives will serve the people in the true sense of the word and would stand by the people in the hour of crisis”, he added. He reiterated that the corrupt elements who had looted the national exchequer would be hanged after a fair accountability process.  – Nation