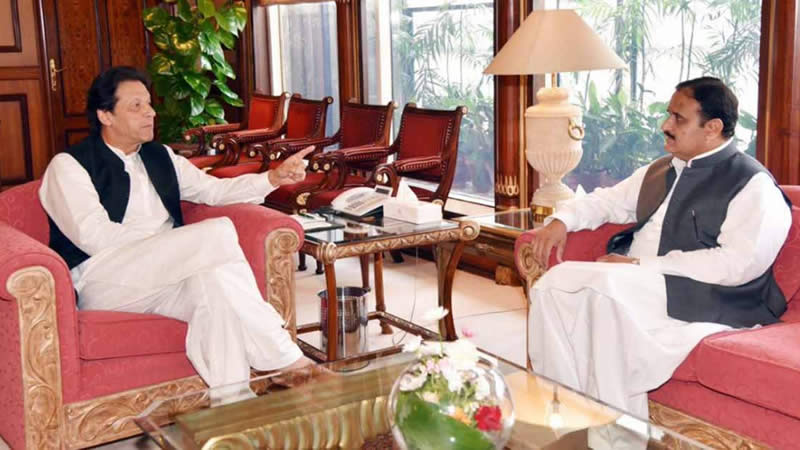 Instructs provincial govt to use digital technology for monitoring, forecasting

Prime Minister Imran Khan has expressed dismay over the existing system of forecasting and instructed the Punjab government to use digital technology to monitor and forecast the supply and demand of essential food items.

“I will not tolerate any negligence in providing relief to the masses. All administrative officers must take stern action against hoarders and traders involved in overcharging. Availability of all essential commodities at approved prices should be ensured at all costs,” the premier said on Wednesday.

Imran Khan was presiding over a meeting to review prices and availability of essential commodities in the country’s most populous province during his visit to Punjab’s provincial capital.

The premier said in order to ensure availability of essential food items, the provincial government should plan in advance to avoid any shortage of food items. Latest facilities should also be used for farming and farmers should be given the latest technology to help them improve the yield, he added.

“Pakistan has been blessed with every kind of resource, and using these resources for the welfare of the public is the responsibility of the government,” the premier was quoted as saying.

The premier was told that Sahulat Bazaars are being set up in the province to provide commodities at subsidized prices. The premier said secretaries and district administrations must monitor hoarding and overpricing and should seek assistance in this regard from the Tiger Force.

The Tiger Force is a group of volunteers primarily comprising workers and sympathizers of the ruling PTI.

Punjab chief secretary assured the participants that there was no shortage of wheat and sugar in Punjab. The premier, however, urged that the demand of the commodities should be forecasted in time to avoid any shortage.

Minister for National Food Security Syed Fakhar Imam said the province should ensure availability of wheat in view of its demand in the province. The meeting was told that Punjab has already been allotted 57,000 tons of wheat from imported wheat stock.

According to Dr Salman Shah – adviser to the Punjab chief minister – Prime Minister Imran Khan has tasked the Punjab government to ensure a bumper crop of wheat in the coming season.

He said the prime minister instructed the provincial government to extend every kind of support to farmers in terms of guidance, seeds, fertilizers and loans.

He said the prime minister laid stress on ensuring a proper competition in the market, to counter overcharging. “The prime minister said a buffer stock should also be ensured to avoid shortages.”

“It was not a usual meeting with routine decisions and presentations. The direction being set by the prime minister will yield positive results in the near future. The prime minister stressed the need for research in agriculture,” he said.

The PM also presided over a meeting on the Ravi River Urban Development Project.

He said the project is very important not only for Punjab but also for the entire country as it would help attract foreign exchange and create job opportunities. Directing authorities to complete the project on time, he said every hurdle should immediately be removed and all legal requirements be fulfilled.