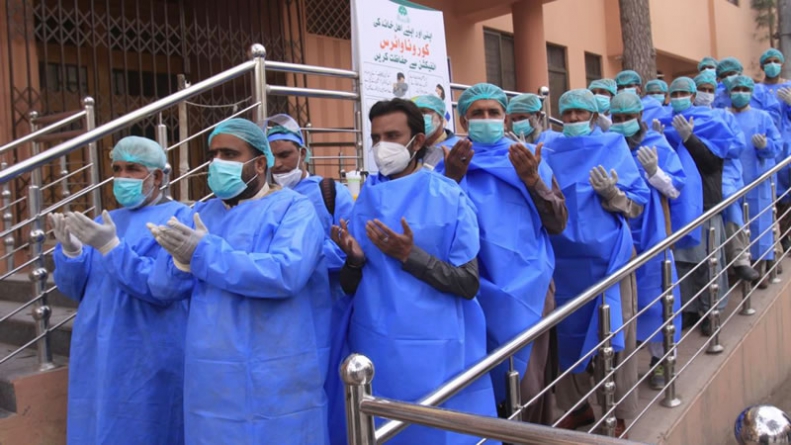 Amid easing of lockdown restrictions in Punjab to gradually bring the economy back on its feet, coronavirus cases are rising sharply in the province, according to figures released by the health department.

The death toll soared from 19 dead on May 27 to 36 on Saturday. On average, around 980 people tested positive per day during the past four days.

Lahore, given size of its population was the most infected city of Punjab, followed by Rawalpindi and Multan.

The figures have alarmed many in the government as well, but an official maintained that with the policy of the federal government in place to gradually ease the lockdown restrictions there was little they could do. With every business allowed to resume, there was little that authorities could do in terms of enforcement of SOPs.

As the government started easing the lockdown during the month, experts have linked the steep rise in coronavirus cases in Punjab to the move. The government had imposed a strict lockdown since March 23 but it allowed shops and gyms to resume operation on May 9.

On May 17 it allowed inter-city transport operations and by May 19 even shopping malls were allowed to resume operations subject to implementation of SOPs. The number of cases tested positive with the same number of tests prior to the Eid shopping spree was much less.