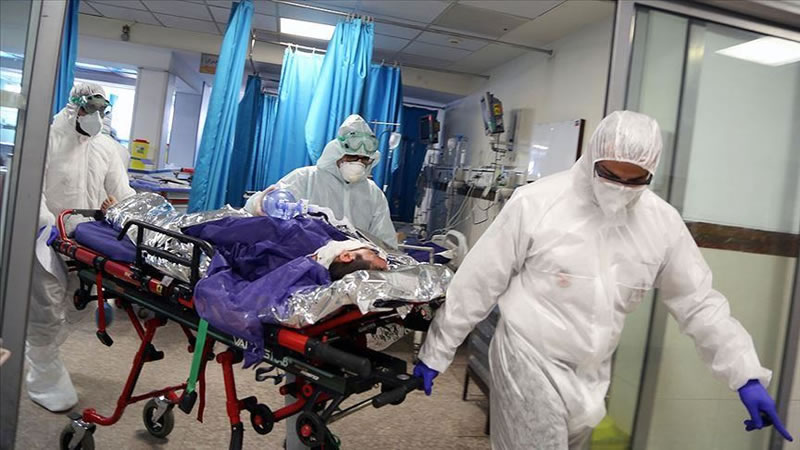 The financial crisis that unfolded with the spread of the Covid-19 pandemic has disrupted almost all sectors of the economy, and the hospitality industry appears to be on even shakier ground than suspected.

In Punjab, a province that is known for its rich cuisine, the restaurant industry is only beginning to feel the shocks of the health crisis and the restrictions that followed. According to one conservative estimate, the sector has received a serious financial blow. Experts believe the industry is likely to end up with a 70% deficit.

In the post lockdown situation, the tight restriction on public gatherings, limited cash flow due to limited business and high overheads, are all pointing in a bleak direction for the restaurant industry.
According to details available with the Express Tribune, a total of 15,000 small cafes and restaurants across Punjab are vulnerable to recession. In some cases, the owners might have no option but the shutter the business completely. Already struggling to break even, one expert pointed out, a significant number of restaurants and small food outlets will go bust before we reach the post-outbreak period.

According to the Lahore Restaurants Association, to stay afloat, most food outlets will have to cut operational costs, and downsizing appears to be the first step in that direction.

On the other hand, the government appears to be mindful of the job losses in the hospitality industry. “The Punjab government has recommended to the federation to open hotels and restaurants with strict SOPs,” said Senior Minister of Punjab Abdul Aleem Khan. The government, Khan said, is aware of the consequences of keeping the industry shut. According to one estimate, the hospitality industry employs more than 500,000 workers. If the shutdown continues, most of these workers face longterm unemployment.

Dotted with more than 60,000 restaurants, Punjab is known for its love for food. Lahore alone has more than 6,000 hotels and restaurants, according to data provided by Habibullah Khan, a member of the Lahore Restaurants Association.

He pointed out that the restaurant industry provides business to more than 40 other sectors, including packaging, delivery, agriculture, poultry, and dairy. “All of these sectors will be affected directly due to the closure of restaurants,” Khan added. The industry, he said, collectively has lost billions since the government imposed restrictions to prevent the contagion from spreading. One distraught vendor in the market said: “With people now eating nearly every meal at home, we don’t have enough business. I only sell a portion of the perishable items now.”

As the super spreader takes a firm hold in Punjab, the government, too, realizes that a longterm shut down will not help the already battered economy.

With a timeline to reopen restaurants still in the pipeline, the government, along with the restaurant association, has created a long list of stringent rules for the industry.

Rules about seating capacity and proper protection against the virus will have to be followed by all food outlets.

“Under the new rules, the total seating capacity, across the board, will be reduced to 50%,” said Kamran Sheikh, an executive member of the Lahore Restaurants Association. Sheikh pointed out that the restriction would significantly reduce the business. “Not many outlets can absorb the losses,” he cautioned.

For the food lovers in Punjab, the Covid-19 crisis has snatched their favourite activity. One regular dinner said: “The government should reopen restaurants and hotels as soon as possible.” “We can’t live with a shutdown forever,” the irked diner said.