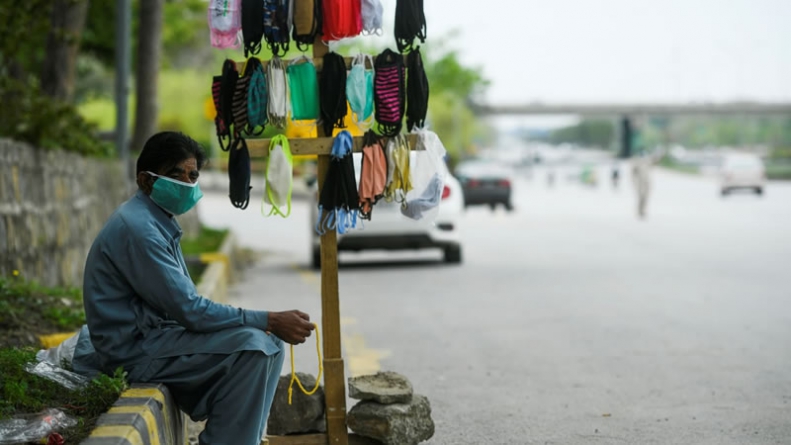 Amir Khan, a worker at a polythene factory on Sheikhupura road and a father of two children, is anxious that the lockdown has put his job at stake.

Employed at one factory or the other in the same area for over 14 years, he had been rendered jobless a number of times mainly because of labour activism.

The last time he marked his presence as an activist was at a gathering outside a tractor manufacturing factory in Begum Kot to express solidarity with a worker who was shot dead and another left injured for demanding salary.

The 35-year-old, while talking to The Express Tribune, said he has been a close witness of exploitation of the labour class whether it is done through unannounced downsizing, under-payment, humiliation, torture, unpaid overtime, refusal to allow unionisation, victimisation for engaging in labour activism and even refused to pay salary.

The pathetic condition of the blue-collar workers could be gauged from the cold-blooded murder of a factory worker for demanding salary before Covid-19 hit Pakistan.

“Such incidences have multiplied dozens of times during this pandemic,” he remarked.

He explained that the lockdown had sent many workers home, of which an overwhelming majority was of contractual employees and daily wagers who were not granted any severance pay.

“Only a few permanent employees were paid a month’s salary.” Khalid Bhatti, another factory worker, said that the employers used ruthless exploitation tactics.

“After the lockdown eased and the labour force returned to work, the employers not only slashed their salaries but also forced them to give in extra hours, threatening to replace them with workers ready to work at even lower pay.”

“An overwhelming majority of labourers were refused entry into factory premises as they returned to work after the government loosened the restrictions,” he sadly stated.

Red Workers Front Central Organiser Aftab Ashraf demanded that the government should maintain a national register of those unemployed throughout the country and pay them a ‘monthly unemployment allowance’ of at least Rs20,000.

He said the government should take strict steps to end the unwarranted expulsion of workers to protect their rights.

Ashraf highlighted that the demands were in line with the constitution of Pakistan.

“A bailout package should be introduced for the aggrieved workers,” he said, adding, “The government is not acting seriously to end the woes of the labour class.”

Safdar Khokhar of Bonded Labour Federation (BLF) claimed the exploitation that was already a norm in the sector had witnessed a qualitative leap post-lockdown.