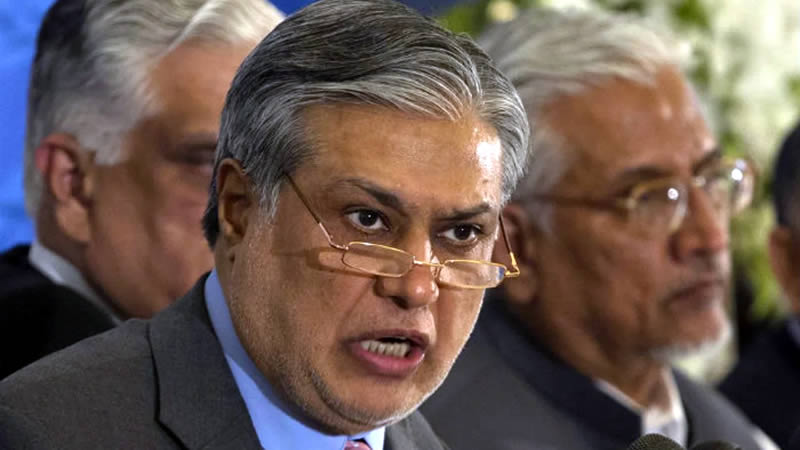 The Lahore High Court (LHC) issued a stay order against the turning of former finance minister Ishaq Dar’s house into a shelter home in a hearing on Monday.

According to petitioner Tabassum Ishaq Dar, wife of the former minister, the decision to turn Dar’s residence into a shelter home is illegal as the Islamabad High Court had already issued a stay order against auction of the same.

IHC had on Jan 29 issued a stay order against the auction of Dar’s Lahore property and scheduled the next hearing of the case for Feb 13. In her petition, Dar’s wife argued that the house cannot be auctioned off as it actually belonged to her. She claimed it was given to her by her husband as haq meher.

She further added that the government was targeting PML-N leaders in what she said was “political revenge”.

Meanwhile, president of PML-N and Leader of Opposition in the National Assembly Shehbaz Sharif condemned the move to turn Dar’s house into a shelter and food bank, saying: “Ishaq Dar has served the nation and these backhanded tactics cannot detract from his services.”

Shehbaz said the common man was worried about bread, employment and business while the “corrupt, inefficient and revengeful” government was busy avenging political opponents.

He further said taking over the homes of political opponents was a negative tradition and this move would not dampen PML-N’s spirits.

On Friday, the Punjab government had converted Dar’s home into a shelter which started functioning on Saturday.

The Lahore city district government had taken possession of the property last year on July 27 after the National Accountability Bureau seized all of his movable and immovable assets in connection with a corruption case. The property in question is built on a five-kanal plot in the Gulberg III area of Lahore.